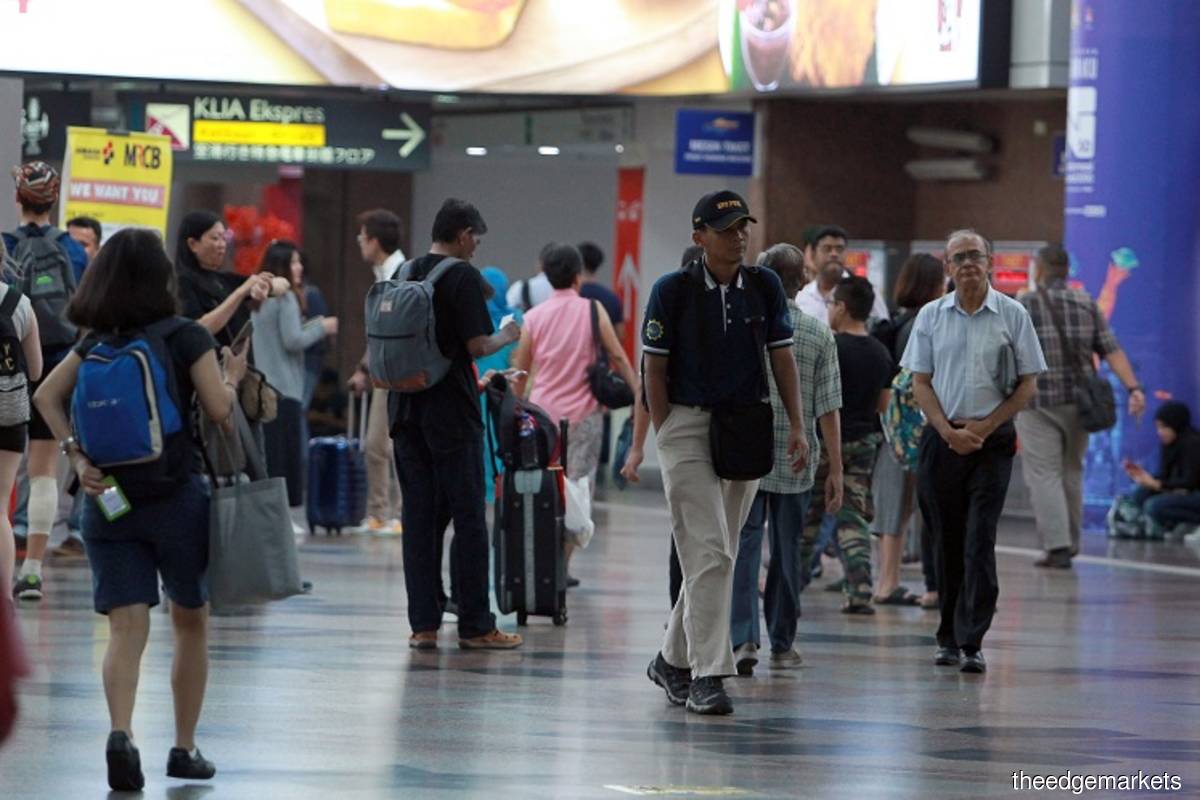 KUALA LUMPUR (Aug 7): Malaysia's June 2020 unemployment rate declined month-on-month to 4.9% from a record-high of 5.3% in May 2020 as more sectors, including the services industry, reopened due to the implementation of the nation's recovery movement control order (RMCO) to revive the country's economy while curbing the Covid-19 pandemic.

"The improvement in labour supply situation during the month was in line with the reopening of more economic sectors including education, social and religious activities following the RMCO.

"During the month, the number of employed persons grew marginally by 0.7% month-on-month from -0.3% in May 2020 to record 14.99 million persons. The increase was apparent in the services sector, as it observed its first month-on-month positive growth since January 2020.

"Among others, employed persons rose within the e-commerce activity, delivery services and information and communication technology related activities. It was also observed that the number of employed persons working less than 30 hours per week decreased by 35.5% to 470,100 persons as compared to 729,100 persons in May 2020,” Mohd Uzir said.

Malaysia's June 2020 unemployment rate at 4.9% was based on the 773,200 unemployed people and the nation's total labour force of 15.76 million persons during the month, according to the department.

The department said the country's labour force in June 2020 increased by 49,500 persons from the preceding month.

"During this quarter (2Q2020), labour utilisation had yet to resume at optimum level as businesses had only begun to regain their momentum. Thus, the (number of) employed persons decreased 2.4% to 14.88 million persons, largely in semi-skilled and low-skilled occupation.

"In terms of status in employment, all categories namely employers, employees, own-account workers and unpaid family workers recorded a decline as compared to previous quarter (1Q2020).

“As the initial stage of recovery kicked off, coupled with short-term stimulus packages by the government, the labour force situation in July 2020 is expected to grow and improve. A more promising situation is foreseen in the second half of 2020," he said.

On May 4, news reports, quoting Senior Minister (Security Cluster) Datuk Seri Ismail Sabri Yaakob, indicated that regulations under phase four of the MCO were null and void with the commencement of the CMCO or phase five of the MCO.

On June 7, Muhyiddin said the CMCO scheduled to expire on June 9 will be replaced with the RMCO beginning June 10 until Aug 31.