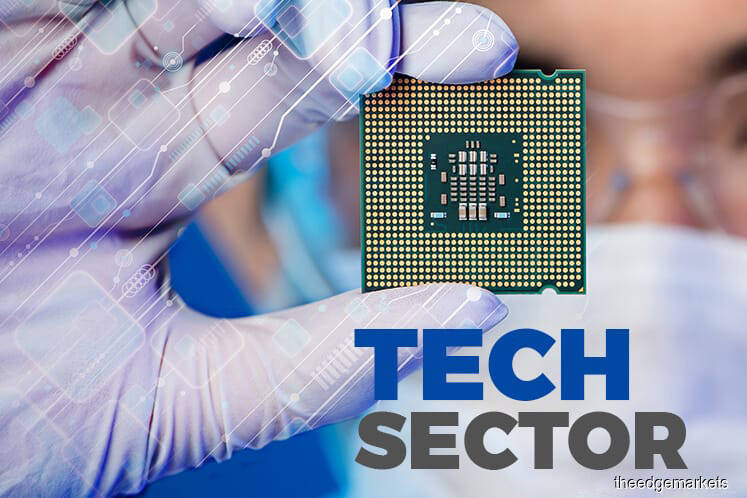 At Bursa Malaysia today, the 30-stock technology index stood at 32.02 at 11:12am. There were 19 decliners and 11 unchanged counters. Trive was the largest decliner in percentage terms at 14.29% followed by Grand-Flo Bhd, which fell 4.55%. Major decliners included JCY International Bhd and KESM Industries Bhd.

In comparison, Bursa Malaysia's KLCI lost 0.03% while the small-cap index was down 1.05% after US shares fell overnight.

In Malaysia today, Hong Leong Investment Bank Bhd wrote in a note: "Tracking the softer Wall Street performance, we anticipate selling pressure may pile up on the local bourse, resulting in further sell down on FBM Small Cap and FBM ACE. Also, we think investors may opt for defensive stocks such as consumer and REITs over the near term."

It was reported that Wall Street shares plunged on Monday as investors fled technology stocks amid resurgent trade war worries, with key indexes trading below their 200-day moving averages and the S&P 500 closing below that pivotal technical level for the first time since Britain's vote to leave the European Union in June 2016.

The first trading day of the second quarter began with a broad selloff concentrated in the technology and consumer discretionary sectors, as losses by Amazon.com, Tesla and Microsoft, among others, took center stage from retaliatory trade measures China unveiled on Sunday.