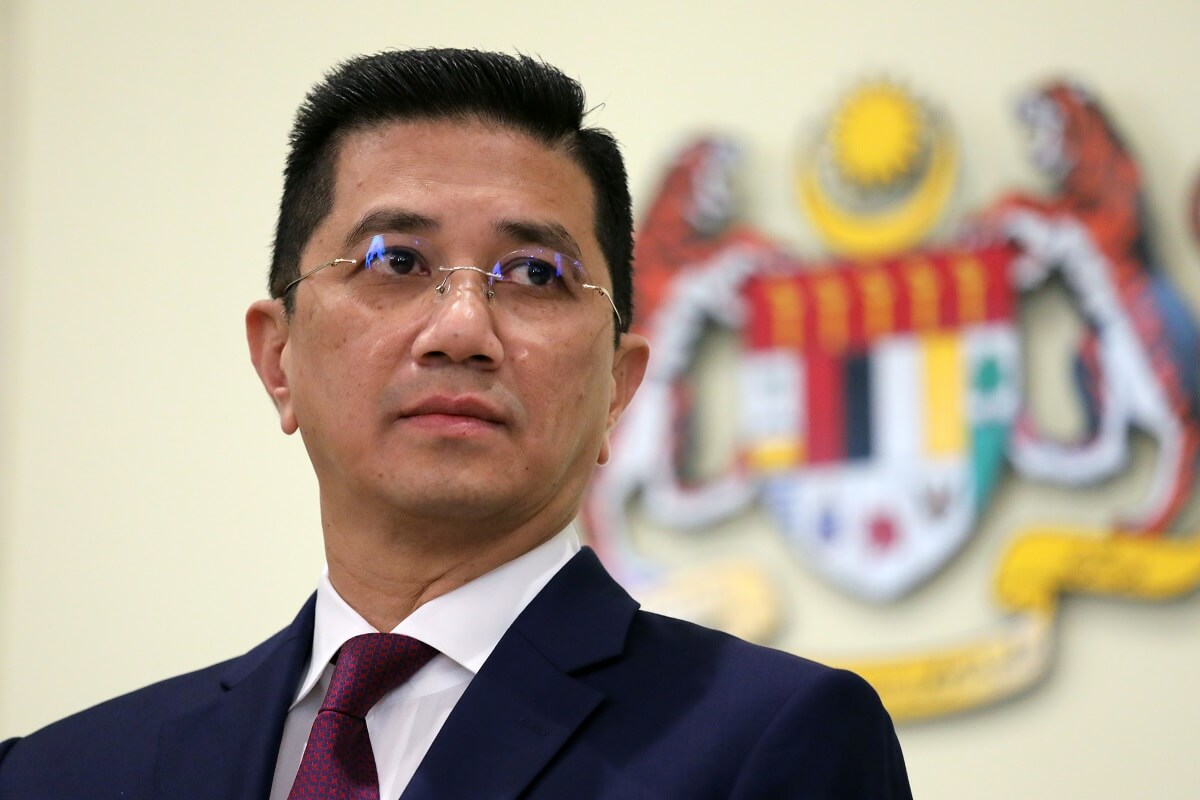 (Nov 20): Malaysia’s economic recovery will likely be more U-shaped than V, dampened by renewed restrictions amid a resurgence of coronavirus infections, according to Trade Minister Datuk Seri Azmin Ali.

The government is seeking to stamp out the virus without hurting businesses by bringing back a national lockdown, Azmin said in an interview with Bloomberg TV. Still, he said more could be done to flatten the curve of rising cases.

“It looks like that is the situation now but the pace is still slow,” he said when asked about the prospect for a U-shaped recovery. “The best approach is to adopt MCO to contain the virus, but that will cost the economy,” Azmin said, referring to the Movement Control Order that battered the economy earlier this year.

A growing cluster of infections that emerged in late September has forced the government to renew a ban on most social and cultural activities and impose fresh curbs on movements in most of the country. The restrictions threaten the US$365 billion economy just as it was showing signs of improvement.

Malaysia’s gross domestic product contracted at a slower pace in the September quarter, rebounding from a decades-low fall as the nation began easing its lockdown in May. High-frequency indicators since then suggest “firm support” for revival, central bank governor Datuk Nor Shamsiah Mohd Yunus said last week.

However, a recent surge in virus cases could upend the outlook. New infections in the nation stayed above 1,000 for five straight days through Tuesday, and stood at 1,290 on Thursday.

Prime Minister Tan Sri Muhyiddin Yassin’s government is set to face another challenge next week. The coalition’s razor-thin majority in parliament will be put to the test when lawmakers vote on the 2021 budget on Thursday.

The past two weeks have seen lawmakers from both sides of the aisle withholding their support unless changes are made. Failing to pass the budget would count as losing a no-confidence vote.

“There’s no reason for the MPs to not support the budget and to defeat it when the budget is meant for the people and economic activities in Malaysia,” Azmin said. “The finance minister has taken all views into consideration,” he added.

Azmin, who was recently appointed ruling coalition’s election director, said they were prepared to face a general election.

“With our track record for the last eight months, we will secure a bigger majority in the next general election,” he said. However, the virus situation doesn’t warrant holding “any election” at present, he added.

Some excerpts from the interview: