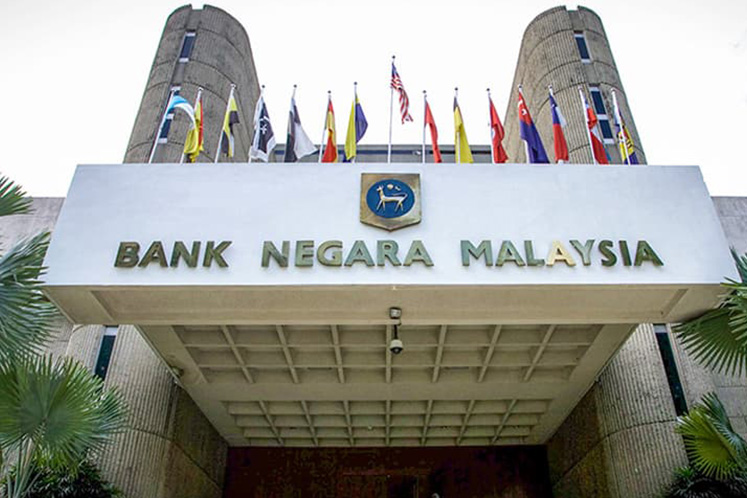 KUALA LUMPUR (July 7): Malaysia is set to cut its benchmark interest rate to its lowest level on record as it seeks to support the reopening economy amid soaring unemployment and the threat of recession.

The central bank will reduce its overnight policy rate by 25 basis points to 1.75%, the lowest in records dating back to 2004, according to 14 of the 25 economists surveyed by Bloomberg. Four predict a 50 basis-point reduction and the rest see no change.

A cut would mark Bank Negara Malaysia’s fourth policy easing this year, a period in which the economy has faced a triple whammy of coronavirus pandemic, low oil prices and political uncertainty. Unemployment surged 49% in April from a year earlier, to 778,800 people, exceeding the annual average in the last 30 years, as the government imposed a three-month lockdown to curb the virus.

Malaysia began gradually reopening the economy two months ago, with chief statistician Mohd Uzir Mahidin warning in May that the country was headed for a recession. The government has announced RM295 billion in stimulus to cushion the effects of the pandemic, and is drafting a bill of economic recovery measures.

Here’s what to watch for in the central bank’s decision:

Bank Negara Malaysia last updated its full-year forecast for gross domestic product in April, ranging from 0.5% growth to a 2% contraction. The central bank said in May the economy is expected to contract in the second quarter, before gradually improving in the second half of the year and recording positive growth in 2021.

Indicators point to the economy contracting in the three months through June: Exports plunged 25.5% in May, the most in 11 years, while industrial production shrank by a record 32% in April.

Though the worst has likely passed, we expect contractions to persist in 3Q and 4Q as well. Re-opening the economy will have its limits until a vaccine is widely available, said Tamara Mast Henderson, Bloomberg's Asean economist

More recent data suggest a nascent recovery. Malaysia’s manufacturing sector returned to growth in June for the first time since December as factories restarted operations. The equity market rally suggests investors are positive about the gradual reopening of the economy, CGS-CIMB analysts Ivy Ng and Nagulan Ravi wrote in a research note.

Stimulus spending — which includes RM45 billion of direct fiscal injection — has weighed on the government’s balance sheet amid outlook downgrades from ratings agencies. The government expects the budget deficit to nearly double to 5.8%-6% of GDP this year, while total government debt could hit its statutory limit of 55% of GDP by year-end.

Bank Negara Malaysia pledged in May to “utilize its policy levers as appropriate” to aid the recovery. So far this year it has cut banks’ reserve ratio requirement by 100 basis points to 2%, and allowed them to count government bond holdings toward statutory reserve requirements. Those measures have released billions of ringgit worth of liquidity into the banking system.

“Should we need to have another package then we are ready to do so,” he said Tuesday, referring to stimulus moves. But he added, “the economy is picking up, so we are quite optimistic that we perhaps would not need one anytime soon.”

The inflation rate has remained negative since March, with prices dropping by 2.9% for a second straight month in May, mainly due to lower transport costs on cheaper global oil.

“We expect inflation to remain in negative territory for much of the year, given still-weak commodity prices, as well as mild demand-pull inflation as the economy shifts into the new normal,” RHB analyst Ahmad Nazmi Idrus wrote in a research note. The central bank projects full-year inflation of -1.5% to 0.5%.