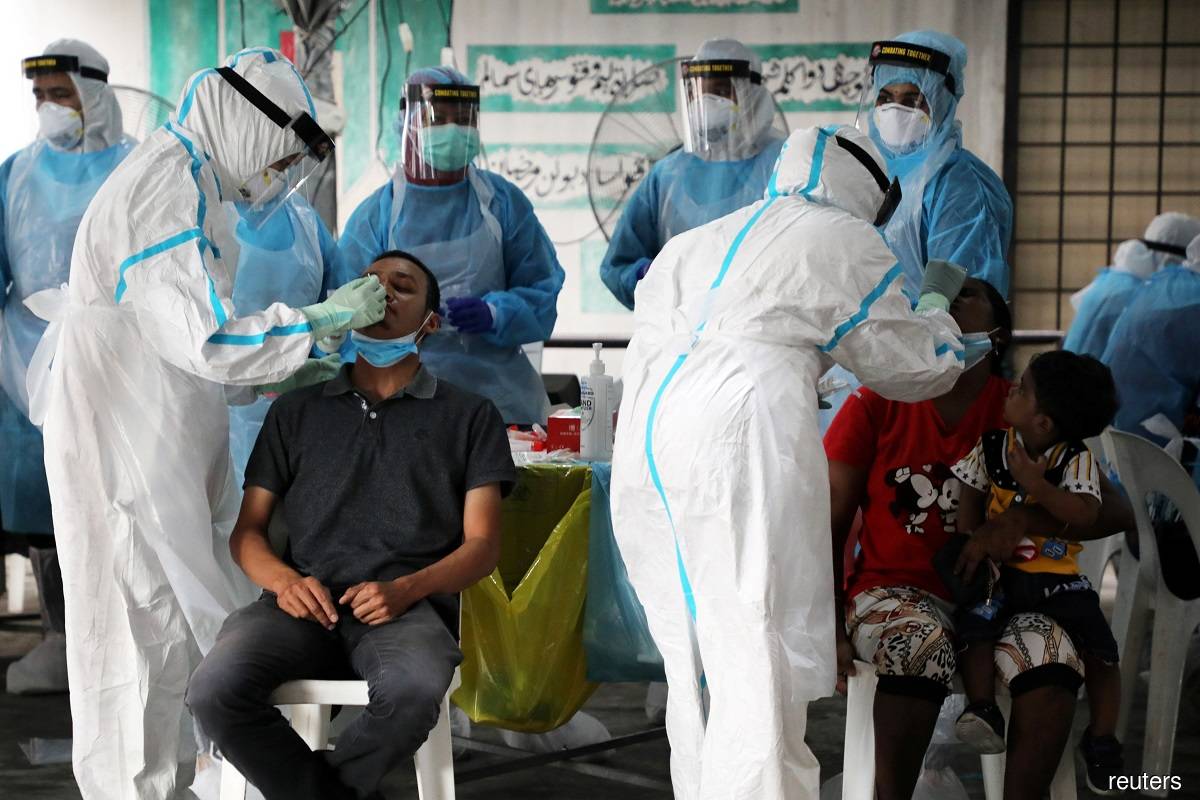 However, the number of confirmed active cases, which carry high transmission risks, continued to climb to reach a fresh high of 7,827 as of noon today, compared with 7,681 yesterday, according to the Ministry of Health (MOH).

Among the 732 new infections reported, 535 were in Sabah, which has been the hotbed for the deadly virus after the state election on Sept 26. This pushed the total infections in the state to nearly 10,000-mark with 9,290 confirmed cases.

Selangor, one of the most populated states, has the second highest number of new infections with 116 reported, lifting the state's tally to 3,605, followed by Kuala Lumpur's 26 cases.

The number of active cases in Sabah has exceeded 6,000 at 6,017, according to the latest two-week period data provided by the ministry between Oct 7 and 20.

According to MOH, there were 5,276 beds in hospitals and quarantine and low-risk treatment centres in Sabah to treat Covid-19 patients as at Oct 15.

"From the overall cases today, three cases were reported among travellers who had returned from Sabah. This brought the total cases among those who have a history of travelling to Sabah since Sept 20 to 454," said MOH director-general Tan Sri Dr Noor Hisham Abdullah at a media briefing today.

There were six deaths reported today, bringing the death toll to 199. Five deaths were reported in Sabah and the other was in Labuan.

Only eight imported cases were detected from 732 new cases today, involving six Malaysians and two foreigners who had returned from Singapore (three cases), Nepal (one), the United Arab Emirates (one), the US (one), the UK (one), and France (one).

Noor Hisham said 580 patients recovered from the coronavirus. The total number of recoveries stood at 14,931 as of noon today, meanwhile total cases nationwide soared to 22,957.

There are currently 102 Covid-19 patients receiving treatment in intensive care units with 31 of them needing respiratory aid.