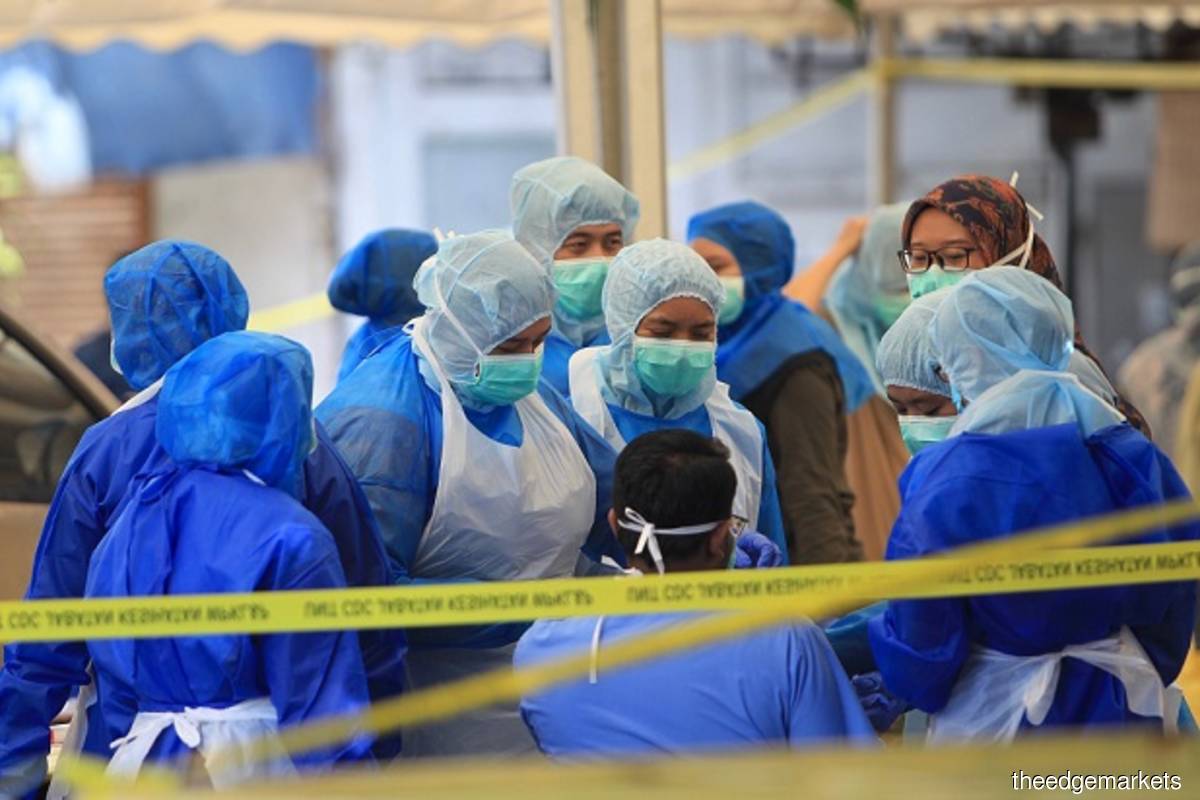 KUALA LUMPUR (Nov 1): Malaysia reported 957 new Covid-19 cases today with two new clusters of infections found, while its most populous state of Selangor recorded a spike in infection to a new record daily high of 225 cases, contributing 23.5% of the new daily cases.

Selangor last reported its highest daily figure a week ago on Oct 26, with 177 cases.

Today's new cases raised the country's cumulative confirmed Covid-19 infections to 32,505, according to the Ministry of Health.

New recoveries came in higher than new infections at 972, with the bulk of them being in the two most affected states of Sabah (658) and Selangor (112). This means a total of 22,220 or 68.4% of those infected in the country have recovered from the illness.

The actives tally, meanwhile, slipped to 10,036, versus yesterday's 10,051. These are cases that carry transmission risks.

No new deaths were reported, hence the fatality rate stayed at 0.8% or 249 of overall infections. Two new clusters, one each in Selangor and Penang

Of the two new clusters detected, one was identified as the Usaha cluster in Selangor, while the other is the Tembaga cluster in Penang. The two clusters collectively have 24 cases so far, of which 17 were reported today.

The index case for the Usaha cluster, which spans the Klang and Petaling districts in Selangor, was discovered on Oct 30 during the screening of an individual that exhibited symptoms of the illness. Close contract tracing later found 16 other infected individuals.

As for the Tembaga cluster, which involves the Timur Laut and Barat Daya districts in Penang, its index case was discovered on Oct 28, following the screening of an individual with Severe Acute Respiratory Infection. Six other infected individuals were subsequently detected.