Malaysia not being ‘slow’ in its Covid-19 vaccination exercise, says Khairy 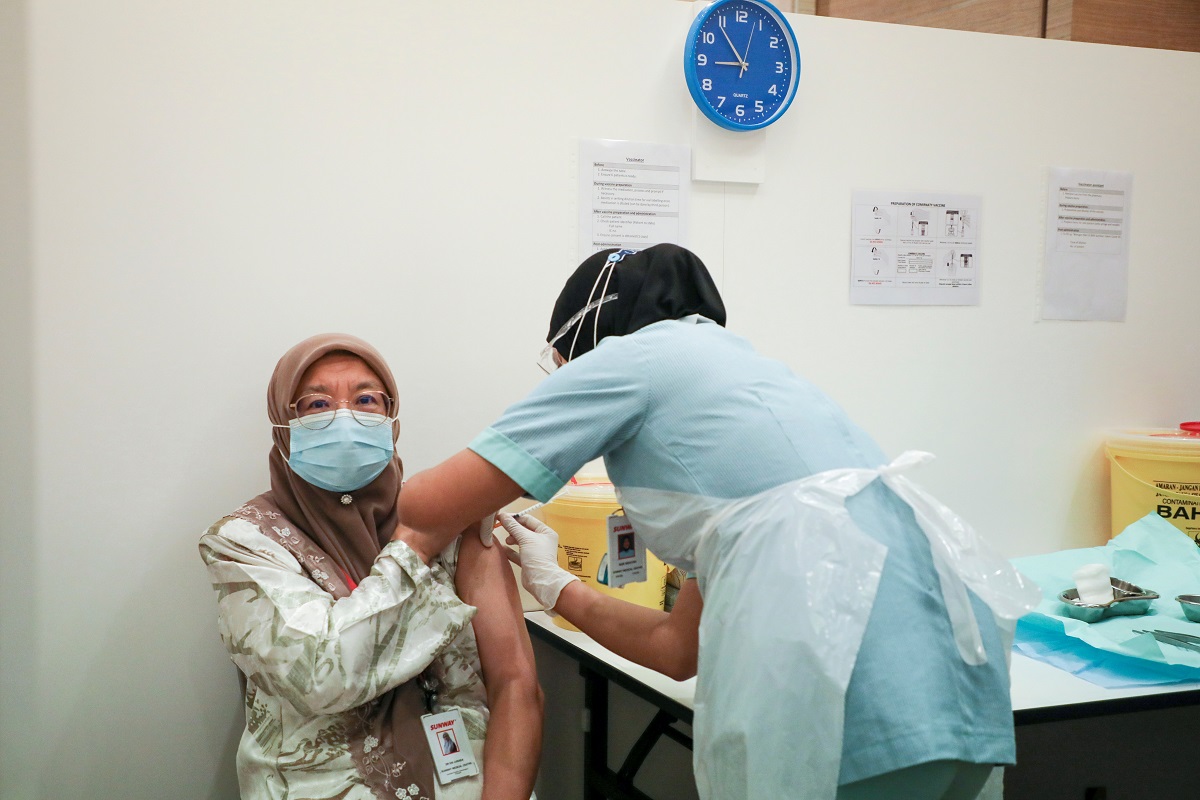 To date, a total of 1.14 million Covid-19 vaccine doses from the total 1.56 million received so far have been given, he said, adding that 701,812 individuals have received their first dose while 443,029 people have been fully vaccinated with the required two doses.

On claims that Malaysia’s vaccination rate was slow despite having sufficient vaccine supply, Khairy said the government understands the people’s concerns, but they will still have to stick to their scheduled turns and phases.

“As informed before this, everyone has to wait [for] their turn as scheduled as how the first phase was for the frontliners, the second [is] for senior citizens and so forth. We have to stick to the phases according to the respective categories,” he said.

Khairy, who is Science, Technology and Innovation Minister, told reporters this at a joint press conference with Health Minister Datuk Seri Dr Adham Baba on developments concerning the programme.

Khairy said Malaysia’s vaccination programme follows scheduled phases, similar to the one adopted by other countries such as the United Kingdom (UK), which uses the age chart.

However, the UK only opens vaccination registration once the recipients are eligible according to their respective age group, while in Malaysia, registration is open to all at one go regardless of age or category.

He said to date, a total of 8.99 million individuals have registered for vaccination on the MySejahtera application, with those aged 60 and above totalling 1.44 million, the disabled amounting to 136,798 people, while individuals with chronic diseases totalled 2.03 million.

The state with the highest achievement ratio of vaccine registrations is Putrajaya with 98%, followed by Selangor and Kuala Lumpur with 50%, Penang (45%) and Negeri Sembilan (44%).