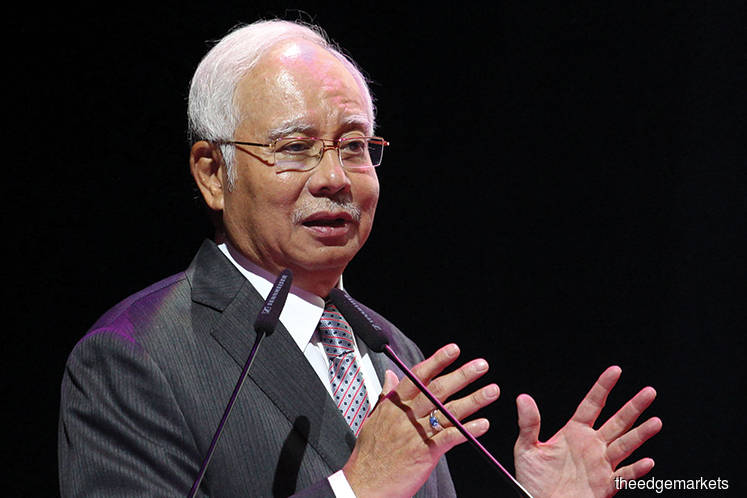 KUALA LUMPUR (Feb 19): Malaysia has never ruled out the possibility that missing Malaysia Airlines flight MH370 could have been downed by a suicidal pilot, the country's former prime minister Najib Razak said on Wednesday.

Najib, who was premier when MH370 vanished with 239 people on board nearly six years ago, was responding to remarks by former Australian Prime Minister Tony Abbott that Malaysian leaders had considered from the outset that flight captain Zaharie Ahmad Shah may have committed mass murder.

"My very clear understanding from the very top levels of the Malaysian government is that from very, very early on here, they thought it was a murder-suicide by the pilot," Abbott said in a clip from a Sky News documentary on the tragedy airing Wednesday.

Najib told online news portal Free Malaysia Today that Malaysian officials had considered such a scenario during their investigation but had chosen not to make their views public.

"It would have been deemed unfair and legally irresponsible since the black boxes and cockpit voice recorders had not been found and hence, there was no conclusive proof whether the pilot was solely or jointly responsible,” Najib was quoted as saying.

"Again I must stress that this possible scenario was never ruled out during the search effort and investigations, where no effort was spared."

A spokesman for Najib confirmed his remarks.

Malaysia's transport ministry declined to comment. Authorities had previously said there was nothing suspicious in the captain's background, training or mental health, but did not rule out the possibility that the aircraft had been deliberately taken off course.

Najib said there were several reasons for authorities to suspect Zaharie's involvement including his ownership of a home flight simulator and findings showing MH370's transponders were switched off, shortly after the plane left Malaysian airspace.

Flight MH370 became one of the world's greatest aviation mysteries, when it disappeared on its way from Kuala Lumpur to Beijing on March 8, 2014.

Malaysia, China, and Australia, called off a two-year, A$200 million (US$130 million) underwater search in the southern Indian Ocean in January 2017, after finding no trace of the aircraft.

Najib lost a general election that month. He is now facing dozens of corruption charges over alleged involvement in a multibillion-dollar scandal at a state fund in which he has plead not guilty.