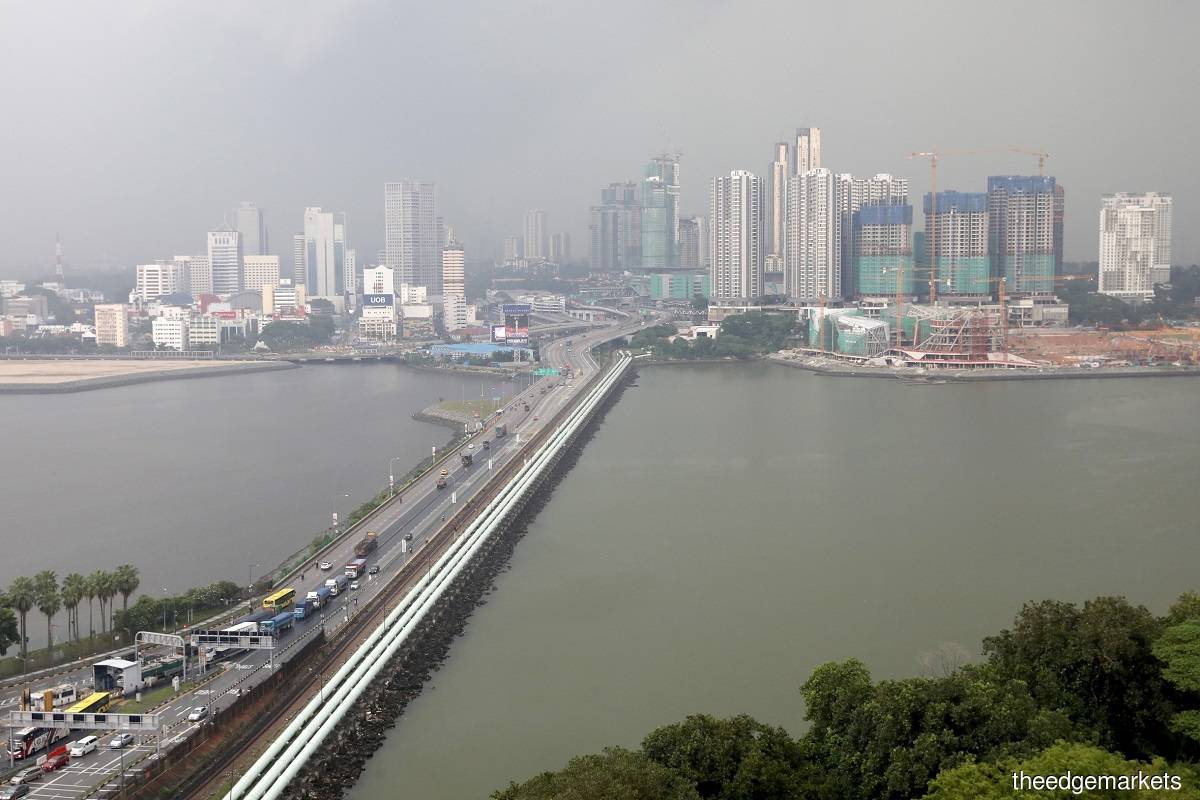 JOHOR BAHRU (July 30): Malaysia and Singapore will "meet" on the Johor Causeway today to "symbolically" seal their agreement to proceed with the Rapid Transit System (RTS) project.

Prime Minister Tan Sri Muhyiddin Yassin will meet his Singapore counterpart, Prime Minister Lee Hsien Loong, to symbolise the sealing of the agreement by both countries.

The meeting is considered historical and symbolic as this is the first meeting between Muhyiddin and Lee on the Johor Causeway, which is regarded the busiest land route in  the world with 350,000 travellers daily before the enforcement of the Movement Control Order (MCO).

It is also the first time Muhyiddin will meet Lee face-to-face since becoming Malaysia’s eighth Prime Minister on March 1, while Lee himself was sworn in as the new Prime Minister of Singapore on July 27, after his party, the People's Action Party (PAP), won in the recent general election.

After three postponements, Malaysia and Singapore will finally seal the agreement to proceed with the RTS project.

The RTS, which is an alternative to reducing congestion on the Johor Causeway, includes the construction of a four-kilometre rail line between Bukit Chagar in Johor Bahru and Woodlands in Singapore.

The RTS project has gone through a series of discussions under three Malaysian prime ministers and is expected to cost about RM3.7 billion, with the specifications having been agreed upon by Malaysia and Singapore.

The two-phase project is expected to begin in 2021 and will be completed by the end of 2026.