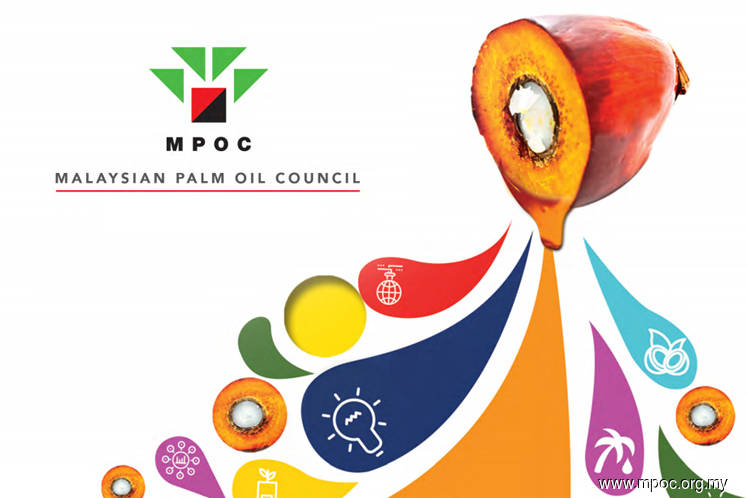 He noted that 2020 had been a tough year so far, with India falling to the lowest (13th) position among the country's top palm oil export destinations in the first five months.

For the January-May 2020 period, Malaysia's shipments of palm oil to India plunged by 93% to 151,106 tonnes, from 2.16 million tonnes recorded in the same period last year.

“We suspect that once the lockdown is lifted, the HORECA (hotel, restaurant, café) industry in India is going to be reactivated gradually which can only result in greater demand for palm oil,” Kalyana said today during the first day of a seven-day Palm Oil Internet Seminar (Pointers) organised by the MPOC and Bursa Malaysia.

On Friday, the Plantation Industries and Commodities Minister Datuk Dr Mohd Khairuddin Aman Razali said in a statement that the Telangana state in India is seeking Malaysia's expertise via the transfer of oil palm-related technology.

The minister said Malaysia would use this opportunity to boost its market share in India through joint promotion and collaboration with the Telangana state government.

According to the statement, India, which requires 25 million vegetable oils and fats annually for domestic use, intends to import palm oil and other commodity products from here.

During the half-an-hour presentation today, Kalyana also said Indonesia's competitive pricing of its palm oil sold to India was one of the key factors for the drop in Malaysian exports to India.

However, the Malaysian government's exemption of crude palm oil (CPO) duty for June had already increased the attractiveness of Malaysian CPO, he said.

“As a result, we see trade movement into India from Malaysia and this is a good sign for Malaysian palm oil,” he added.

Exports of Malaysian palm oil are expected to increase 2.5% to 4.56 million tonnes in the third quarter versus the previous quarter, on improved demand from the traditional markets — India, China and the European Union (EU).

On challenges faced in the EU with the imposition of the Delegated Act, which classifies palm oil as unsustainable, Kalyana said the government and its agencies were actively looking for alternative biodiesel markets for palm oil.

“There are certainly interesting emerging markets that have the potential of using Malaysian CPO, including Sub-Saharan Africa.

“We see potential for all edible oils and fats to grow in this region due to a growing population and the fact that their average per capita income and per capita consumption of oils and fats are emerging and increasing,” he said.

Other potential markets are the Middle East and North Africa, as well as Asia-Pacific (excluding China).

He said the EU and its member states would update their respective domestic biofuel policies in light of the Renewable Energy Directive (RED II) and the Delegated Act.

Other challenges presented by the EU are the latest Farm-to-Fork (F2F) and Biodiversity Strategies and their implication on palm oil trade.

Low crude oil prices also would contribute to the low biodiesel demand from the bloc, he said

This year marks the 10th anniversary of the Pointers platform which was launched in 2010 with a member base of only 200.

Over the years, Pointers’ following has increased significantly to more than 5,000 registered members originating from over 50 countries currently.

The platform has proven to be an effective tool to reach out to the global audience in providing not only price trends of major edible oils but also for sharing key developments and opportunities from different regions of the world.

For this special edition of Pointers, MPOC and Bursa Malaysia Derivatives have gathered 10 expert speakers who will share their views on industry developments, price outlook and the impact of Covid-19 on the demand in major markets.