Malaysia has the right biodiesel approach for the country, say industry players 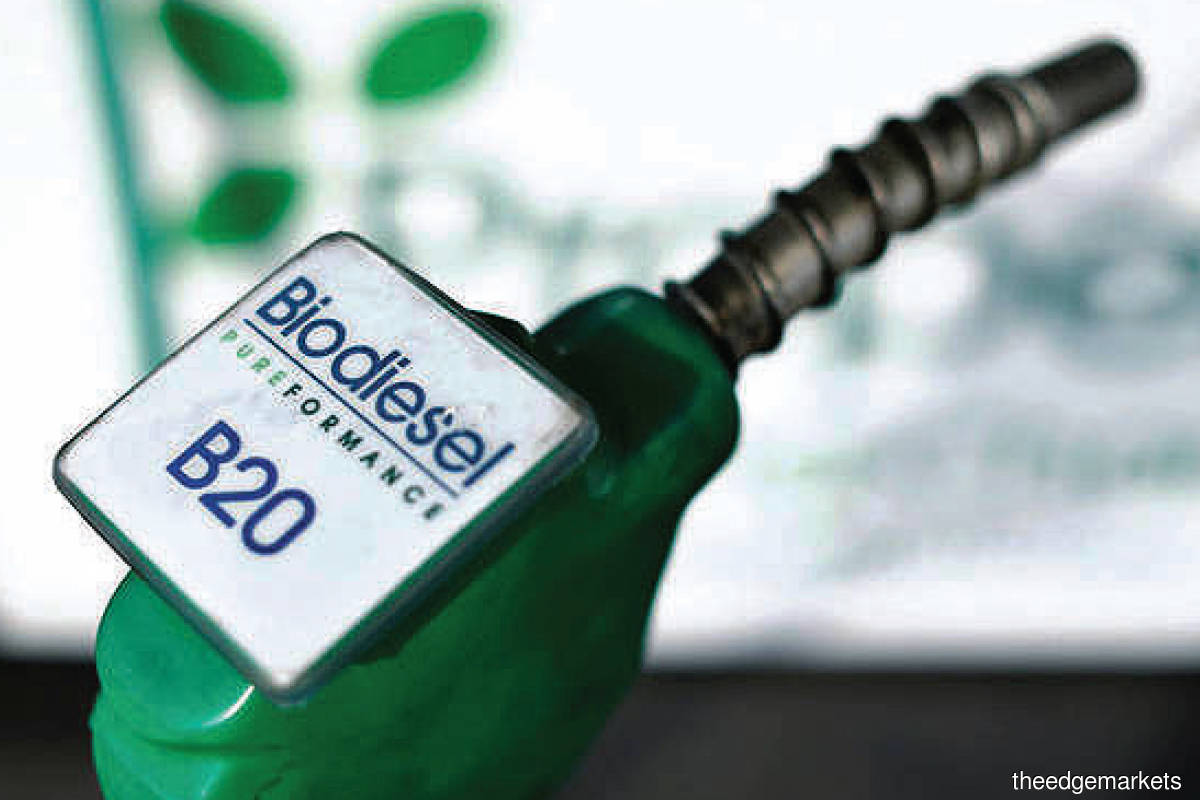 MPOB: the B20 programme is [scheduled] to be introduced in Sabah in June 2021 and Peninsular Malaysia in December 2021 tentatively. (Photo by Reuters)

AMID criticism comparing Malaysia with Indonesia, local biodiesel players say the former has adopted the right approach in the rollout of its biodiesel mandate.

When contacted about the issue, Malaysian Biodiesel Association (MBA) president U R Unnithan tells The Edge that Malaysia’s implementation of its biodiesel mandate is characterised by a multi-stakeholder approach, where research is first carried out to determine the feasibility of making changes to it.

While he concedes that Indonesia has been much more aggressive than Malaysia in its rollout of biodiesel mandates, Unnithan says there are several differences between the two countries in this area.

For a start, he points out that Indonesia has a biodiesel fund sourced from levies charged on crude palm oil (CPO) producers in the republic, resulting in a source of financing that can serve to subsidise the implementation of the higher biodiesel mandates there.

At the same time, Indonesia has a huge domestic market and, being a net importer of crude oil, there is an urgency to be self-reliant on its fuel source.

“Therefore, Indonesia’s fuel bill is higher. So, by using more palm-based biodiesel, they save on foreign exchange and ensure greater energy security. In contrast, Malaysia is a net exporter of energy,” says Unnithan.

In addition, the Indonesian government has more muscle in ensuring biodiesel-compliance by auto makers that want a share of the republic’s sizeable market. In contrast, relative to Indonesia, Malaysia is a small market for auto makers, he adds.

Unnithan favours Malaysia’s approach, as it takes into account the view of various economic sectors and players affected by the implementation of biodiesel policy in the country.

“On the implementation of biodiesel, you are riding on the back of Indonesia. You are not doing anything to promote biodiesel, which is a sad fact,” Mistry had said during the Virtual POC 2021 in March.

An industry observer who asked not to be named disagrees with Mistry’s views. “To call it ‘almost a disgrace’ is an overreaction. Malaysia has still maintained its biodiesel mandate; it has not abandoned it,” he says.

In a statement in late March, the Malaysian Palm Oil Board (MPOB) said that given the unprecented economic impact of the Covid-19 pandemic, the implementation of Malaysia’s higher biofuel mandate has been rescheduled because the government’s top priority is to revitalise the economy.

As such, it says, the rescheduling should not be compared with Indonesia, as the situation in each country is unique, with its own set of priorities.

“Malaysia’s mandate on biofuel programme implementation is clear. The B10 programme (blend of 10% palm biodiesel with 90% diesel petroleum) for the transportation sector and the B7 programme for the industrial sector were implemented in 2019.

“The B20 programme for the transportation sector was launched on Feb 20, 2020. The implementation was done in phases, starting in Langkawi and Labuan on Jan 1 and Jan 15, 2020, respectively and, later, in Sarawak on Sept 1, 2020. Subsequently, the B20 programme is [scheduled] to be introduced in Sabah in June 2021 and Peninsular Malaysia in December 2021 tentatively,” MPOB says.

Meanwhile, Indonesia has implemented a B30 biodiesel mandate and plans to raise it to B40 soon.

According to the US Department of Agri­culture’s (USDA) latest report on Malaysia biofuels dated Dec 15, 2020, the country’s production of biodiesel is expected to drop to 1.25 billion litres (or about 1.15 million tonnes, based on the density of olive oil) in 2020, from 1.48 billion litres in 2019.

Asked about opportunities in the local biodiesel sector, Unnithan notes two trends that could be useful for producers: waste oils and hydrotreated vegetable oil (HVO).

He notes that waste oil could be used as feedstock for biodiesel, , especially when CPO prices are at a current high. Meanwhile, HVO is also a potential opportunity because, unlike methyl ester-based fuels, it is a “drop-in” fuel that can be used without any blending.

Unnithan believes HVO has great potential in Malaysia — not only can it be exported to colder climates, but it can also be sent to low carbon markets, and holds the promise of being turned into jet fuel.

Furthermore, the process of producing HVO is similar to petroleum cracking. As such, existing petroleum crackers can be modified for this purpose, reducing upfront capital costs.

Developing a large HVO plant locally requires government initiatives, though. As such, Unnithan says both the Indonesian and Malaysian governments should look at considering these measures.