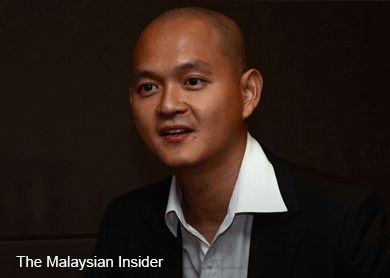 (Oct 5): As Malaysia grapples with transboundary air pollution, a DAP lawmaker said the country had itself failed to keep its own promise to disclose sources of carbon emissions that contribute to climate change.

Serdang MP Ong Kian Ming said Malaysia has never stated where its emission reductions came from, despite being obliged to under a United Nations mechanism.

Malaysia, together with Brunei, are the only two Asean countries that have failed to state these sources of reductions under the Intended Nationally Determined Contributions (INDC), which is data needed for all countries to collectively tackle climate change.

Yet, other developing countries had been able to do so, Ong said.

A total of 119 countries out of 167 have done so as of October 1, Ong said, placing Malaysia in the league of countries like Afghanistan, North Korea, Nigeria, Pakistan and Venezuela, all of which have not done so.

"This not only puts Malaysia in a poor light, especially given our position as the chair of Asean for 2015, but also calls into question Malaysia’s preparedness heading into COP 21," he said in a statement today, referring to the Conference of Parties 21 meeting to be held in Paris in December on climate change.

Malaysia is said to have reduced carbon emission by more than 33%, according to Prime Minister Datuk Seri Najib Razak at the UN Climate Summit last year, but Ong said it was difficult to believe the "authenticity of these numbers as well as Malaysia's commitment" without knowing where these reductions came from.

"(We have) continued reliance on coal-powered electricity generating plants," Ong said in a statement today, adding that energy from renewable sources was only projected to be "at a measly 3% by 2020".

"It is projected that the generation fuel mix from coal power plants (which contributes far more towards carbon emissions compared with gas fired plants) would increase from 50% in 2015 to 65% in 2022," he said, citing figures in a parliamentary reply from the Ministry of Energy, Green Technology and Water.

Ong said this showed Malaysia's lack of commitment to tackling climate change as well as the problem of smoke enveloping the country from forest fires in Indonesia.

"This is also part of a larger problem in demonstrating lack of leadership in addressing the most important environmental problem facing the country now which is the haze issue," he said.

Malaysia should be striving to lead the way in emulating developed countries, such as the US, to reduce reliance on carbon-intensive power plants that use coal as fuel, and move towards renewable energy sources, Ong added. – The Malaysian Insider