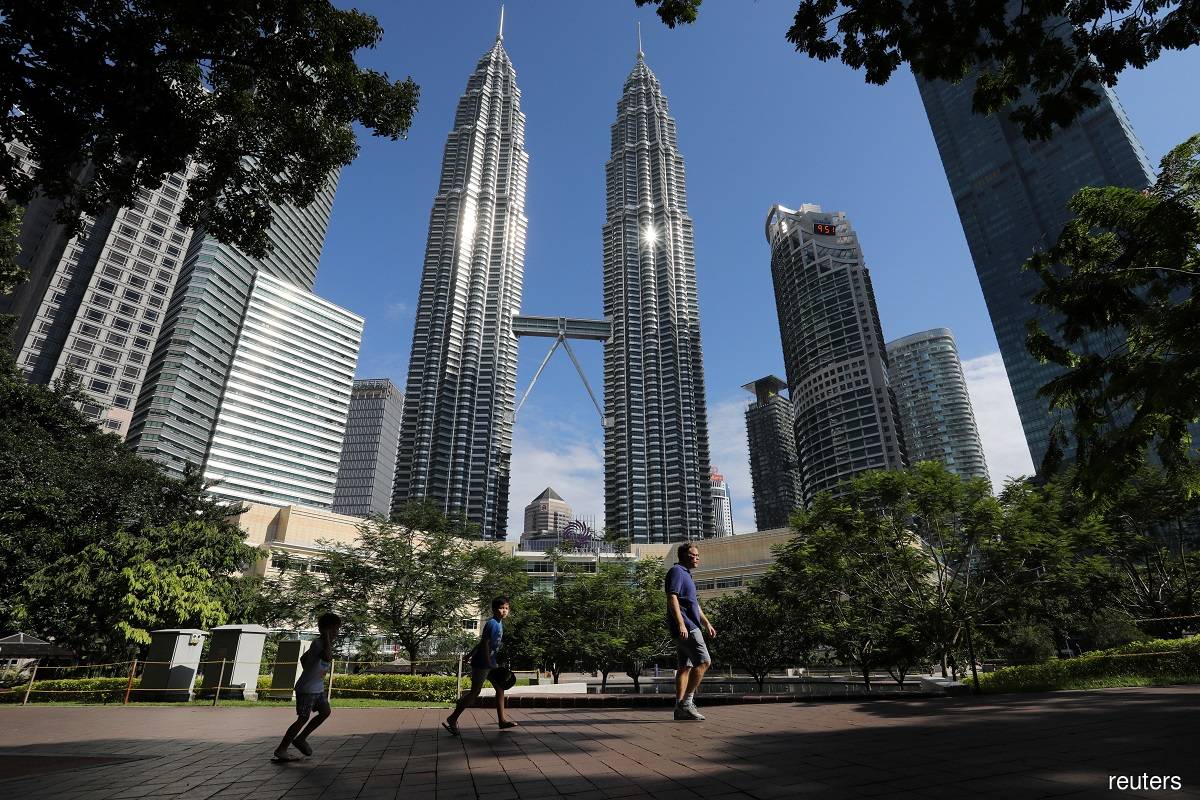 KUALA LUMPUR (Aug 14): Malaysia's 17.1% gross domestic product (GDP) contraction in its second quarter of 2020 (2Q20) is the steepest quarterly decline on record, and shows the severe impact of the pandemic-driven Movement Control Order (MCO) on the economy.

All key GDP components, except for agriculture and public consumption, contracted, while private consumption — which has been a key contributor to overall GDP, about 60%, posted a record drop during the quarter, according to UOB Malaysia.

The 2Q20 contraction is the steepest on record, they added, surpassing even the one recorded at the height of the Asian financial crisis of 11.2% in 4Q98. The contraction is also close to their estimate of an 18.5% decline, compared with Bloomberg consensus' 10.9%.

"From the GDP data, tourism-related sectors (transport, accommodation, retail) seemed to bear the worst brunt of the government-imposed lockdowns. Meanwhile, sectors related to utilities, finance, communications, and electrical and electronics appeared to fare better amid the pandemic," RHB economist Ahmad Nazmi Idrus wrote in another note, adding the sharp decline was also within RHB's expectations.

Still, economists concurred with Bank Negara Malaysia (BNM) governor Datuk Nor Shamsiah Mohd Yunus's view that she was "cautiously optimistic that the worst is behind us", as lockdown measures have eased under the Recovery Movement Control Order and businesses gradually return to normal, even as the expectation is that the GDP could potentially remain in contraction in 3Q20 given that the economy is still running below its full capacity.

The downside risk is if there are subsequent waves of Covid-19 infections, which could bring back stricter measures that could derail growth momentum going forward, said Ahmad Nazmi. Nevertheless, RHB maintains its GDP forecast of a 4% contraction for the whole of 2020.

As such, OCBC revises its GDP forecast for 2020 to a 5.1% contraction — as opposed to 2.6% previously — with a baseline expectation for a fairly steady sequential uptick from there. "We see GDP growth coming in still negative in 3Q, but at a milder 4% year-on-year [contraction] before reaching 0% in 4Q," Wiranto said in a separate note.

Wiranto is of the view that Malaysia has got the pandemic situation under control, which will aid the domestic economy regain its footing. "As nasty as the numbers were, there are silver linings to be seen, however. For one, intra-quarter, while April and May contractions were deep, most activities rebounded encouragingly by June and beyond — signalling to us that the worst is over. While the MCO compounded the economic damage in 2Q, the payoff is clear now," he said.

UOB Malaysia, which also believes that infection rates from Covid-19 will remain manageable in 2H20 and that the economic recovery will be sustained, has pencilled in one more 25-basis-point cut to the overnight policy rate for the year at the September Monetary Policy Committee meeting.

In a separate statement, Institute for Democracy and Economic Affairs research manager Lau Zheng Zhou cautioned against knee-jerk reactions of more aggressive stimulus measures that target only the short-term state of the economy, in response to the sharp 2Q20 contraction. The focus, he said, should be on the longer-term plan for an inclusive and sustainable economic recovery, in particular to enhance small and medium enterprises' (SMEs) competitiveness and social protection.

"Malaysia's success so far in flattening the Covid-19 infection curve puts us on a strong footing for recovery. This is the time where we should undertake strategic reforms to address structural vulnerabilities facing our industries, especially the SMEs, and how to help them adapt more successfully for recovery in the longer term," said Lau.