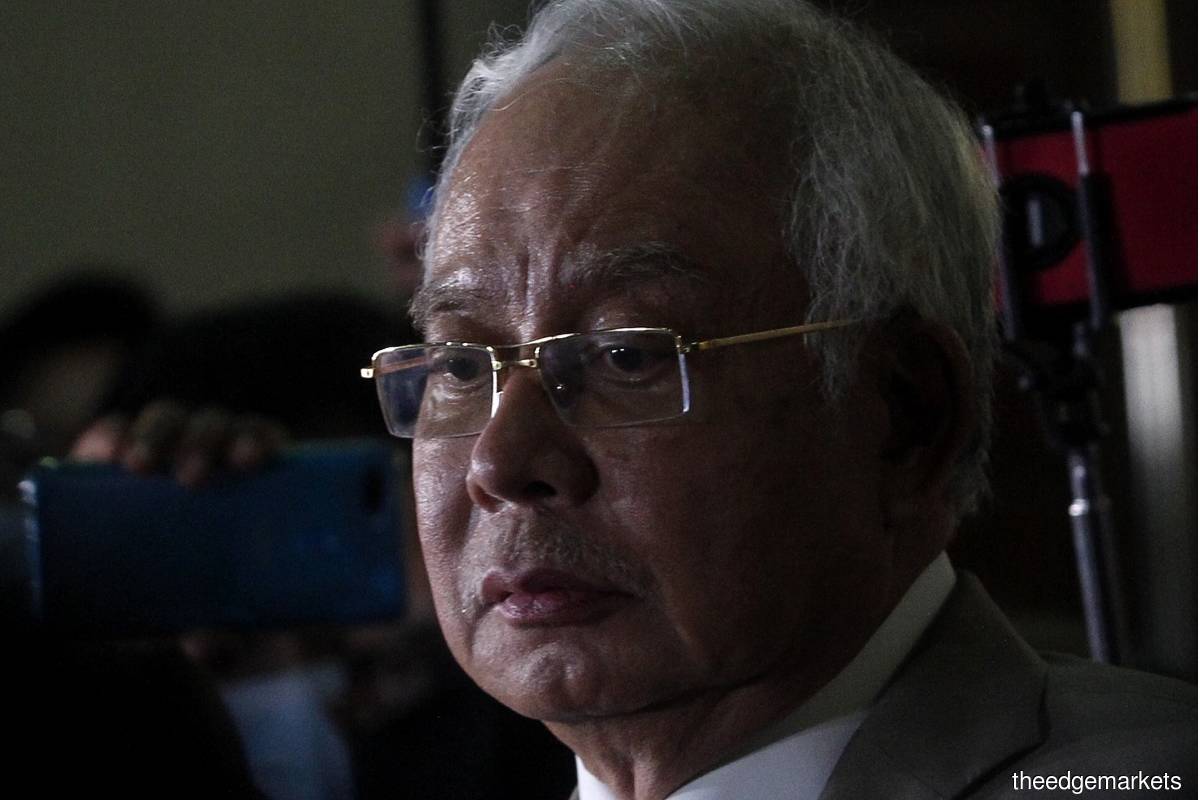 (July 29): This development, in a Malaysian courtroom, truly is unprecedented.

Former Prime Minister Datuk Seri Najib Razak was found guilty Tuesday on charges of abusing power, money laundering and criminal breach of trust. The verdicts in the high court capped the first of a series of trials stemming from scandals at state investment firm 1Malaysia Development Bhd, or 1MDB. The judge sentenced Najib to 12 years in prison and a fine of RM210 million. His legal team will work to keep him out of custody during the appeals process.

The saga enmeshed Goldman Sachs Group Inc and Hollywood and spurred an outcry that helped drive Najib’s party from government in 2018, the first time the long-suffering opposition won a general election. The revolution was short-lived; the new cabinet collapsed less than halfway through its five-year term, largely because its two leaders, Tun Dr Mahathir Mohamad and Datuk Seri Anwar Ibrahim, couldn't bury decades of rivalry. But the team was in power long enough to preside over something extremely important — the arrest and charging of Najib with an array of corruption offenses, a first for anyone who ever held Malaysia’s top office.

For all the rancor and disillusionment that accompanied the implosion of Mahathir's second spell as premier — he ran the country between 1981 and 2003, at the head of the party that Najib later led — the nonagenarian politician engineered a couple of big things. Najib's appearance in a courtroom as defendant was one of them. The pursuit of former leaders has characterized the transition to a fuller version of democracy in places like South Korea, the Philippines and Indonesia.

Malaysia has now had its turn. Najib, who maintains his innocence, will appeal, and the legal process still has a long course to run. No matter. The Southeast Asian country has crossed a milestone in the rule of law. Goldman, which settled with the government last week for US$3.9 billion, will be content to have sealed that deal before there’s any fallout. (My colleague Nisha Gopalan and I wrote about Friday’s settlement here.)

When I was Bloomberg News's bureau chief in Kuala Lumpur during the late 1990s, I couldn't conceive of a prime minister busted for so much as a parking infringement, such was the authority of the long-ruling United Malays National Organization. Mahathir sat atop the power structure and survived a serious challenge during the Asian financial crisis from his deputy, Anwar, that ended in trials and imprisonment for his erstwhile protege.

Najib, then an up-and-comer, was never just a run-of-the-mill politician. Even after leading Umno to historic defeat and being charged, he has rebounded as a popular figure. His pedigree is deeply woven into Malaysia's political, economic and social fabric. He is descended from aristocrats and is the son of the country’s second prime minister, who presided over contentious affirmative-action laws that enshrine benefits and preferences for the Malay majority.

Najib’s status is what makes it amazing that things got as far as a courtroom, much less that the judge turned thumbs down on all seven counts. The decision is emphatic enough that the appeals process will have to stand up to scrutiny. While it runs, Najib can keep rebuilding his following in Umno and await a shift in the political winds; by-election candidates are happy to have selfies with him and his supporters are scattered through many branches of the party. There’s always the prospect of a royal pardon.

When Umno maneuvered its way back into power in March by allying with defectors from Mahathir’s camp, the disappointment among reformers was palpable. Many feared political expediency would mean that the new prime minister, Tan Sri Muhyiddin Yassin, a party stalwart, would take a more lenient stance and that Najib would somehow escape the law. After all, given the pandemic and a deep economic slump, who could blame voters if they lost interest?

The real significance of these court proceedings so far is that they happened, period. Granted, it took a historic change of government. That may be one of Mahathir's real services to his country after a life in and around politics. He created the circumstances that facilitated this unprecedented chain of events. The opposition now knows it can win, under the right circumstances, and leaders can be held to account.