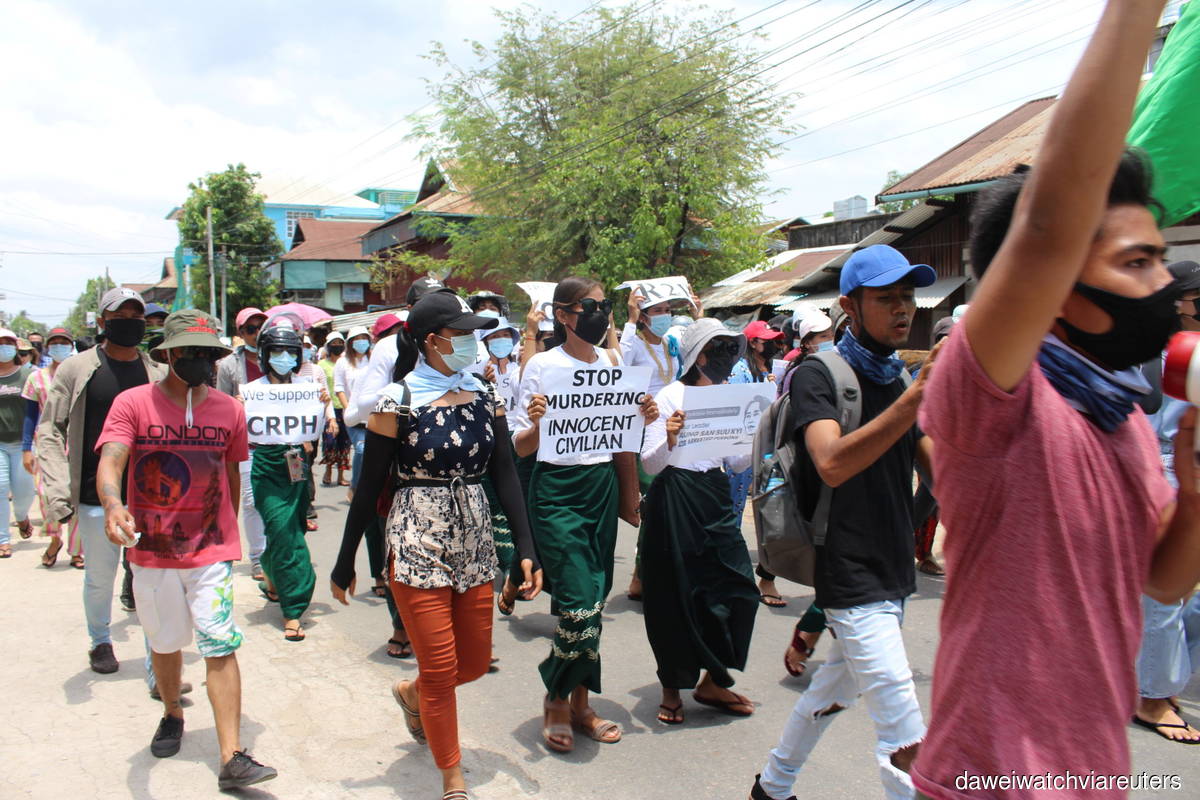 KUALA LUMPUR (April 8): Malaysia on Thursday defended a meeting between its ambassador to Myanmar and a representative from the military government, after criticism that it was recognition of the junta amid a brutal crackdown on protesters.

Over 600 have been in killed by security forces in Myanmar since the junta seized power from the elected government of Aung San Suu Kyi on Feb 1.

Malaysia, along with Indonesia, the Philippines and Singapore, has expressed alarm over the killings of demonstrators and has said it supports an urgent high-level meeting of Southeast Asian leaders about the Myanmar crisis.

But it came under fire on Monday, after pictures circulated on social media of its Myanmar envoy Zahairi Baharim meeting with the junta's electricity and energy minister Aung Than Oo.

Malaysia's foreign ministry said the meeting was held to convey to Myanmar that an energy project had been suspended by Malaysian state oil firm Petronas, which last week declared force majeure on a Myanmar project due to depletion of gas production.

The ministry did not identify by name or position, who the envoy met. It only referred to a meeting at the ministry of electricity and energy.

"The meeting does not construe a recognition or otherwise of the State Administration Council," the foreign ministry said in a statement, referring to the junta.

Malaysia said its position on Myanmar has remained consistent and that it has called for a peaceful settlement of the ongoing crisis.

Kuala Lumpur was also criticised in February, when it agreed to a junta offer to take back over 1,000 Myanmar nationals detained in Malaysia.

Diplomats had then said Malaysia's acceptance of the offer was recognising the military government, and rights groups raised concerns about the presence of asylum seekers among the deportees.