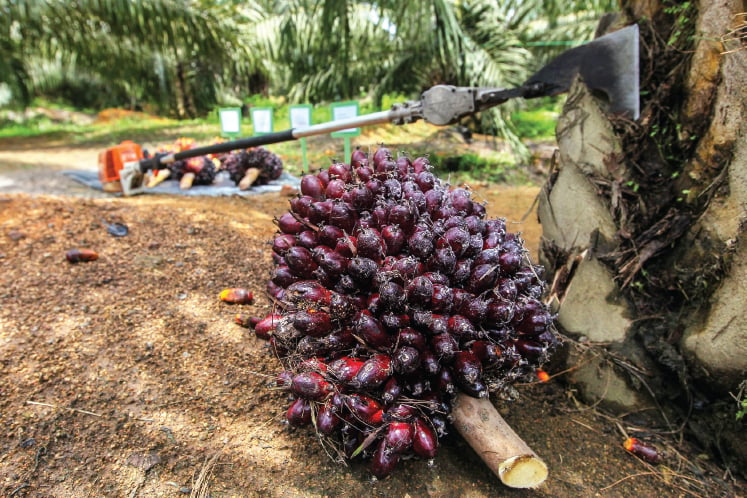 KUALA LUMPUR (March 4): Primary Industries Minister Teresa Kok and China’s ambassador to Malaysia Bai Tian today witnessed the signing of four purchase intent documents for the export of 1.62 million tonnes of palm oil from Malaysia to China with a combined estimated worth of US$891 million (about RM3.64 billion).

The documents were signed during the opening of the Malaysia-China Palm Oil Business Forum today by three Chinese companies and four Malaysian companies.

The first document signed was between China’s Yantai Tianmao Edible Ltd Co and Sime Darby Plantation Bhd for the purchase of refined, bleached and deodorised (RBD) palm stearin in the amount of 100,000 tonnes.

Kok also urged China’s businessmen to venture into projects in the promoted areas within the palm oil sub-sectors in Malaysia.

“There are opportunities to explore investments in the palm oil industry in value-added downstream activities namely oleo chemicals, pharmaceuticals, processed food, specialty products and even consumer products. In this context, I would like to urge all of you here today to explore new areas of cooperation and enhance current business linkages in the palm oil industry,” she said.

Meanwhile, Bai Tian called for greater cooperation between Malaysian and Chinese companies, especially in the research and development (R&D) of the palm oil industries for the benefit of both countries.

“I am asking both Malaysian and Chinese entrepreneurs to go even further downstream [in the] cooperation of R&D to tap into the great potential of palm oil-related products, such as developing high value processing and even biofuel products,” he told reporters on the sidelines of the forum.