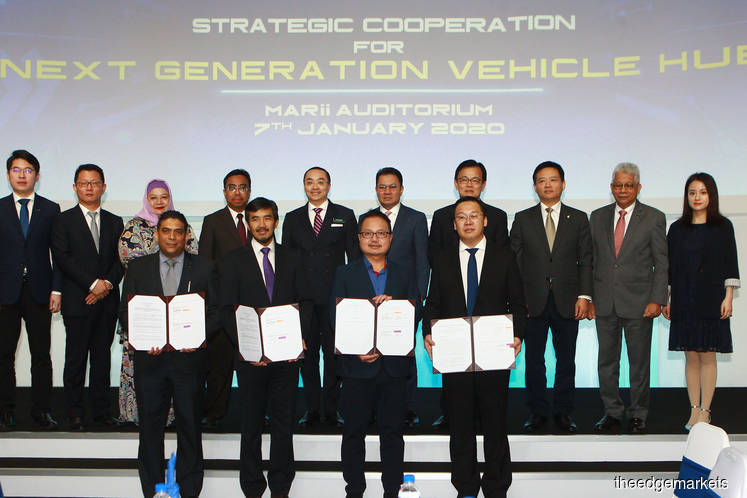 Today saw the signing of three memoranda of understanding (MoUs) by Malaysian and Chinese automotive researchers and Malaysian automaker Proton Holdings Bhd, focusing on the development of NxGV testing facilities in the country.

One MoU was inked between Malaysian Automotive, Robotics and IoT Institute (MARii) and China Automotive Technology and Research Center Co Ltd (CATARC) on knowledge transfer, standardisation of technical standards and the construction of facilities within the test centre for the establishment of the full-fledged NxGV test centre in Malaysia.

CATARC is a China state-owned enterprise that provides the technical standards in the country's automotive industry, on top of policy and technology research and development, among others.

It has been reported that under the NAP — slated to be revealed this year — Malaysia will come out with the full definition of NxGV by 2022.

For CATARC, today's MoUs establish a firm presence in Malaysia after it first got involved with the market in 2017, said CATARC general manager Zhou Hua.

"The expansion into South East Asia, after Germany and Japan, would mark a step forward to promote its expertise and China's automotive industry overseas," he said.

Speaking to reporters later, MARii chief executive officer Datuk Madani Sahari declined to comment on the total investments involved in the development of the three testing facilities that will be parked under MARii.

"What I can say is that these facilities must be completed by 2023," said Madani.

Briefly, Madani stated that there is a draft for CATARC's investment in the collaboration, as well as co-funding from the private sector and the government through MARii.

"These are part and parcel of the bigger connected mobility [concept]," he said, adding that MARii has already established collaboration with at least 10 companies with expertise in the aforementioned segments as well as telematics, which is not the usual play in the automotive sector.