Malaysia can achieve developed status in its 'own mould' — Rafidah Aziz 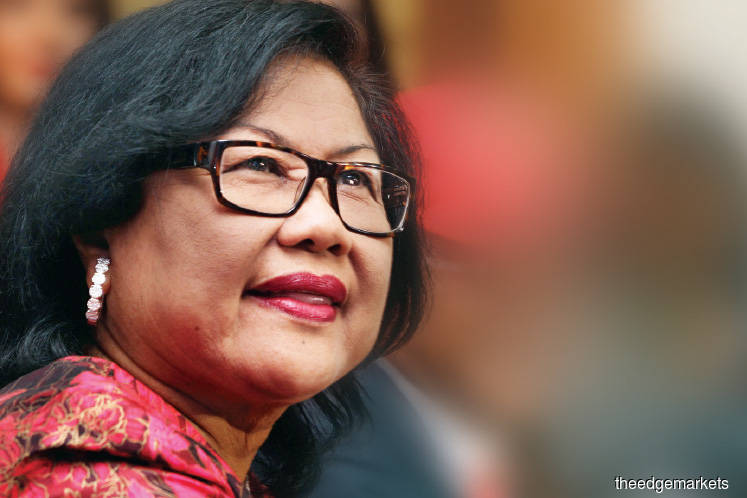 KUALA LUMPUR (Nov 28): Malaysia can achieve developed status in its “own mould” by continuing to upgrade its education system and giving the right “tools” to the young people in improving their IT skills, said a member of the Economic Action Council Tan Sri Rafidah Abdul Aziz.

Rafidah, who is also the former International Trade and Industry Minister, said the country needs to move away from the narrow perception that a developed status could only be attained by achieving higher Gross Domestic Product (GDP).

“This is not only for the domestic level but regional and global level. If we continue to do that, then we would be achieving the developed status in our own mould. Not the gross domestic product,” she told to media at the International Franchise and Entrepreneurship Conference 2019, here today.

At present, the country according to her has pools of young people who are really immersed in IT but more work need to be done.

Malaysia, she said, has failed to achieve Vision 2020 to become a developed nation next year and attaining GDP growth of 7% annually.

Besides GDP growth, Vision 2020 stressed Rafidah also enunciated other qualifications for Malaysia to become a developed nation including to be in its own mould, multiracial with diverse understanding among its citizens.

“And of course the people, the discipline and technology savvy and so on. So most importantly is for us to see which parts of this path that we have taken towards Vision 2020 that have actually been materialised.

“But my fear is if we do not change our attitude continuously and if we do not understand what diversity stand for in Malaysia,  we end up with a third world mentality, always bickering with each other, fighting over a small thing and carrying the old excess baggage until the year 2030,” she explained.

She called on all Malaysians to refrain from quarrelling about petty issues and things that are irrelevant.

Rafidah also advised the younger generation in this country to always hold dear to values such as a high level of integrity, performance in excellence and a sense of belonging to the country.

“If we can see this among the youngsters, then people like me can die with our eyes closed because the legacy of having Malaysia as a united country will be there,” she said.

Sharing an example, she said Malaysia was tested once during the 1997 Asian financial crisis, but the country managed to rebound and growing again due to unity among Malaysians as well as excellent cooperation between the public and private sectors.

“And we were the first country to go back on track (of growth). Now, if we allow influences that are negative, (negative) excess baggage to be injected into policymaking, into policy discourse, naturally the government together with the private sector will not be able to implement something good for the country.

“And if the demand is based on racial, some exclusivity, religion and all that, when are we going to talk about Malaysian needs? If the needs of Malaysians are not catered for, what is there to share? It becomes shared misery instead of shared prosperity,” added Rafidah.