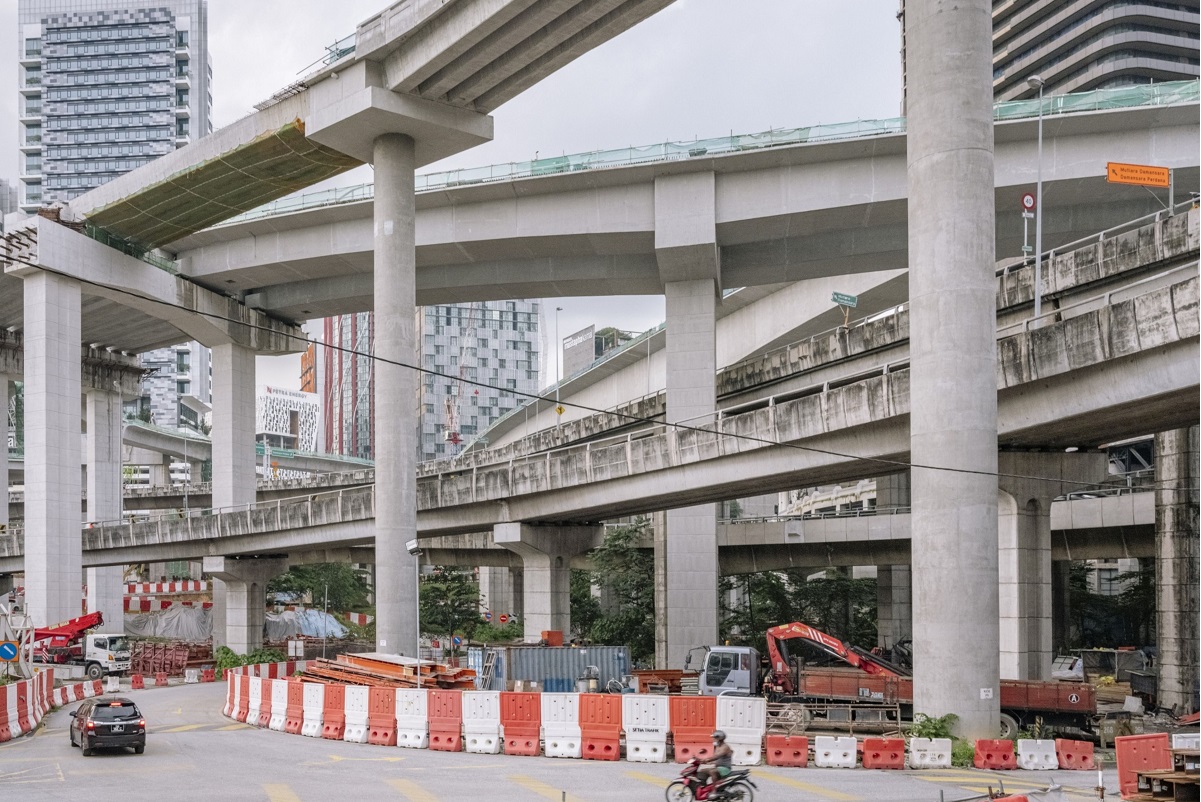 (April 14): A rally in Malaysian builders is gathering pace in the wake of more contract wins and a revival in mega infrastructure projects in the country.

Kerjaya Prospek Group Bhd, one of Malaysia’s biggest contractors, said Friday it won its first job of 2021, sending its shares to a 31-month high this week. TCS Group Holdings Bhd said that same day it secured its maiden infrastructure job linked to an expressway project. A gauge of 52 builders is up 17% from a Feb 3 low, trouncing the FTSE Bursa Malaysia KLCI Index.

Record-low interest rates and signs of government pump-priming has brought relief to the industry hit by the global pandemic and political turmoil from a change in government last year. The administration surprised analysts earlier this month when it said work on phase three of the Mass Rapid Transit project will start in the second half of 2021, sooner than expected. Details of another rail project costing RM50 billion have also been firmed up.

“Robust spending on infra will benefit related sectors such as transportation, power and building materials, as well as related services such as engineering and financial,” said Danny Wong, chief executive officer of Areca Capital Sdn Bhd. The firm had about RM1.73 billion in assets as of April last year, according to its website. Malaysia set aside a record RM69 billion for development expenditure in its 2021 budget.

“We are net positive on the new details as behind-the-scene progress is picking up fast,” Lum said.

IJM shares rose 2.7% on Wednesday, while MRCB gained 3.2% and Kimlun added 1.1%. The Bursa Malaysia Construction Index advanced for a fourth day to close near its highest level since February 2020.

Construction companies’ shares had been laggards because of overhangs including the political uncertainty and looming general elections, according to an April 2 report by Kenanga Research. The sector should be able to sustain its upward trajectory, albeit in a “choppy fashion,” it said.

“The market is gradually recovering and there’s pent-up demand for properties backed by the low-interest rate environment,” Kerjaya’s Executive Chairman Datuk Tee Eng Ho said in a statement, after winning a RM153.5 million contract linked to one of the largest mixed developments in Kuala Lumpur.