Malaysia budget-day guide: It’s all about the upcoming election 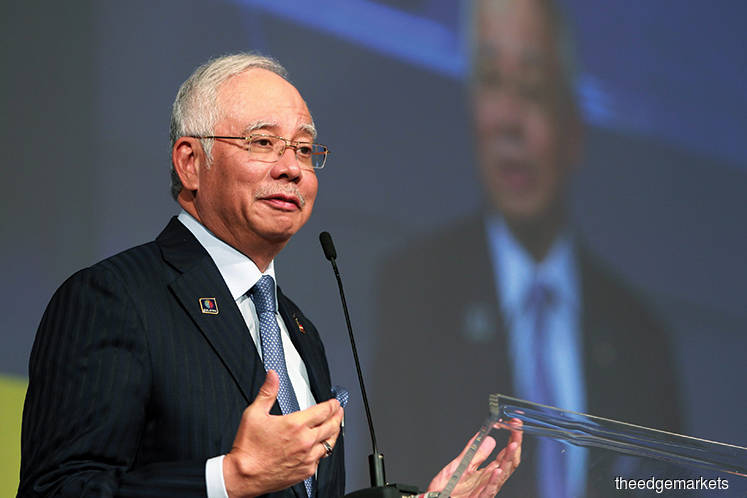 KUALA LUMPUR (Oct 27): Facing a tough election battle ahead of him, Malaysian Prime Minister Najib Razak has a good story to tell on the economy when he unveils his budget on Friday.

Stronger economic growth and rising oil prices mean higher tax revenue, which Najib is expected to use to boost cash handouts and wages for government workers next year, helping to shore up his support with voters without compromising fiscal targets. Investors are watching for clues on the timing of the election, which must be held by August next year.

Najib said on Thursday the 2018 budget deficit will be slightly lower than this year’s 3 percent of gross domestic product. Analysts expect him to strike a populist tone, tackling issues such as the rising cost of living and homes for Malaysians.

The budget will probably “be expansionary, meaning I think the government will increase the expenditure and I think it will be pro-growth,” said Julia Goh, an economist at United Overseas Bank Ltd. in Kuala Lumpur. “They will balance the populist measures against long-term targets such as ensuring sustainable growth and reducing the fiscal deficit.”

Here’s a snapshot of what to watch out for in Najib’s budget speech, which is scheduled for 3:30 p.m. local time in Parliament:

Malaysia’s economy is outperforming neighbors like Indonesia and Thailand, with the World Bank forecasting growth of at least 5 percent until next year. Najib will probably raise the government’s official projection of 4.8 percent growth for this year on the back of strong consumer spending and a recovery in exports.

Better economic prospects have underpinned the ringgit, which is headed for its first annual gain in five years, strengthening about 6 percent against the dollar.

While spending may increase, tax revenue is also set to climb, allowing the government to remain disciplined in its fiscal targets, economists said. The budget deficit will probably narrow to 2.8 percent of GDP in 2018 from a projected 3 percent this year, Manokaran Mottain and Kanjana Ilango, analysts at Alliance Bank Malaysia Bhd., wrote in a note. RHB Bank Bhd. predicts the ratio will be 2.9 percent next year.

Expect more measures to pump up people’s disposable income such as higher cash handouts, bonuses for civil servants and tax relief for Malaysians.

* Funds distributed through the so-called BR1M program to lower- income households may rise to 7.5 billion ringgit ($1.8 billion) in 2018 from 6.8 billion ringgit this year, according to MIDF Amanah Investment Bank Bhd.

* A one-off tax break for the middle-income group may be announced, although there probably won’t be any outright reduction in the personal income tax rate, said Nor Zahidi Alias, the chief economist of Malaysian Rating Corp.

* The government may set up a single authority to oversee the affordable housing market -- similar to Singapore’s Housing Development Board -- to coordinate public and private projects and better match supply and demand, according to Malayan Banking Bhd. There may also be tax breaks or exemptions to spur private developers to build cheaper homes, MIDF said. Existing property cooling measures are likely to remain, analysts said.

More tax incentives, investment grants, capital allowances and start-up funding may be allocated to promote investments in the digital economy and other high technology sectors, CIMB Group Holdings Bhd. said. The government is expected to highlight changes to the law to collect tax from transactions in goods and services done via e-commerce platforms between foreign
companies and local consumers, which will broaden the tax revenue base, Maybank said.

The government will probably keep increasing spending on transportation, housing, healthcare and education, according to TA Securities Holdings Bhd. Contract awards for major projects including the high-speed rail linking Singapore and Kuala Lumpur may be hastened, TA said.