Malaysia backs off from WTO suit against EU on palm oil 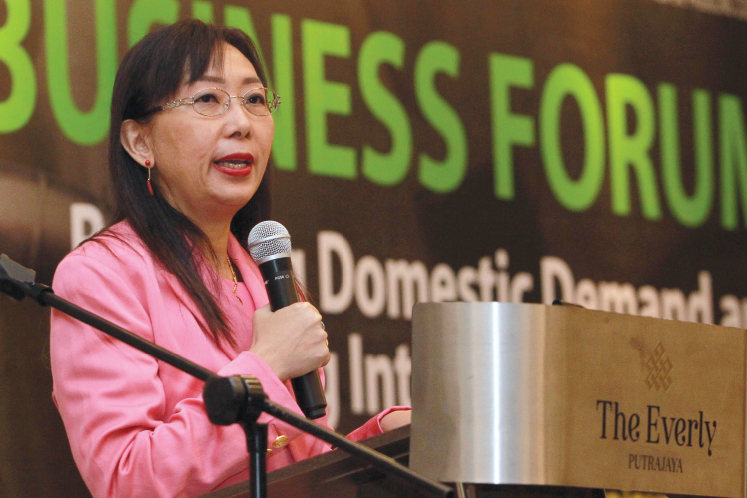 BRUSSELS (Feb 13): Malaysia no longer plans to file a WTO lawsuit against EU restrictions on palm oil-based biofuel and will instead seek to convince European to change its treatment of the crop in a review scheduled for 2021.

The European Commission concluded last year that palm oil cultivation results in excessive deforestation and should not count towards renewable energy targets.

So palm oil-based diesel will not be regarded as a renewable and its use in transport fuel will effectively be phased out from 2024.

Malaysia's Primary Industries Minister Teresa Kok told Reuters in July the country would launch a World Trade Organization case by November. Indonesia did so in December, but Malaysia has not.

"We did have this intention, but we thought that before we come to Europe... we shouldn't file the suit hastily," Kok told Reuters in Brussels on Thursday. "This is what we told Indonesia too."

Forest cover in Malaysia has stayed above 50%, the government says, and the yield for palm oil per hectare far surpasses competing oils, such as from rapeseed or soybeans.

EU consumption of palm oil in food has been in steady decline, but its use as a biofuel has increased. Last year, the bloc consumed more than 7 million tonnes, with some 65% for energy.

Indonesia and Malaysia, which produce more than 85% of the world's palm oil, and the EU plan to discuss the issue together. Kok said she wanted those discussions to speed up.

However, the world's largest buyer of palm oil, India, last month asked importers to avoid purchases from Malaysia after its criticism of India's action in Kashmir and a new citizenship law.

Kalyana Sundram, CEO of marketing agency Malaysian Palm Oil Council, said the disagreement would be sorted out, but the market would also play a role, drawing Indian buyers back after March.

Buyers were facing a premium of up to $20 a tonne for Indonesian palm oil, he said, given an export tax that kicks in when the price hits a given threshold.

"That is not viable over the long term given the quantity they require," he said. It's a matter of time for the Indians, being savvy traders, will come back and look for the best pricing."