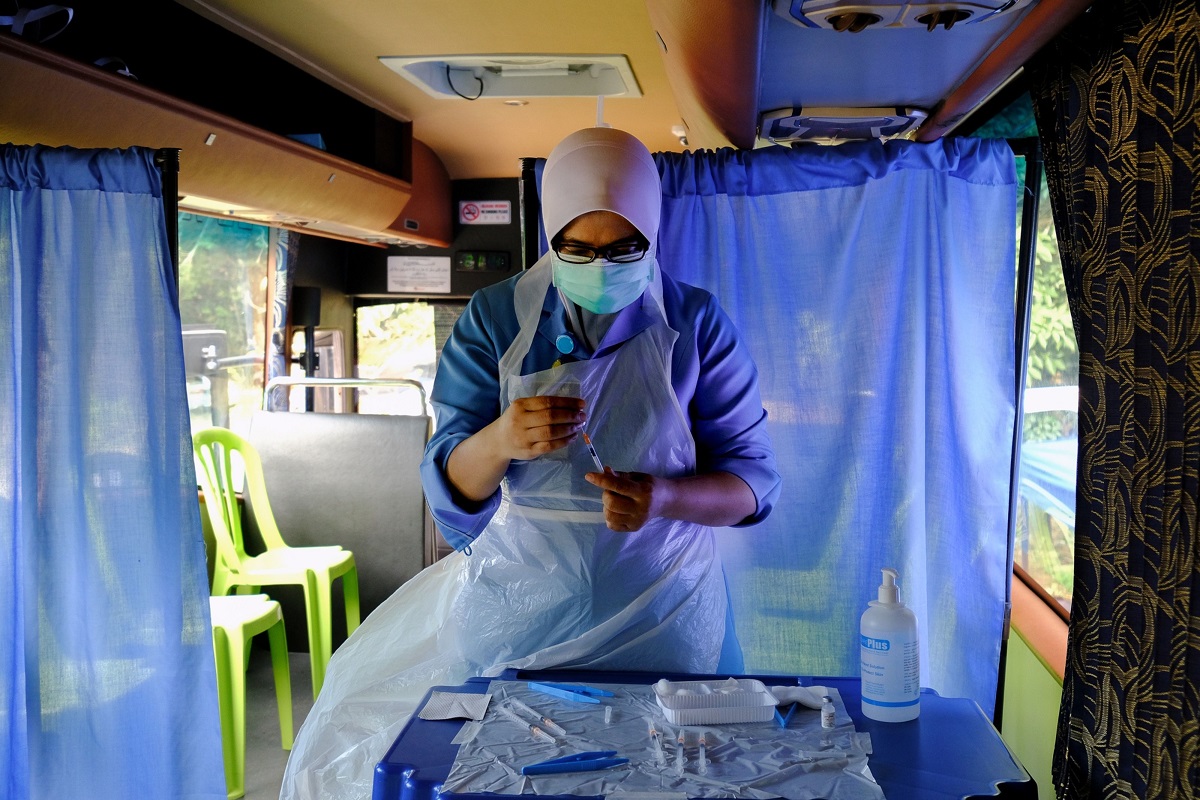 (July 23): Malaysia has confirmed one case of an individual being injected with an empty syringe in its national vaccination rollout, categorizing it as a human error.

The government further identified two cases where individuals were given an extra dose of the Coronavirus vaccine due to confusion, said Science, Technology, and Innovation Minister Khairy Jamaluddin in a briefing Friday.

“Even if there’s one single error, that’s one error too much,” said Khairy. “So for those cases where there was human negligence, I apologize to them. And of course we will do better.”

The one case of “empty vaccination”, which occurred in the northern state of Kedah, was confirmed after the nurse admitted she was negligent due to exhaustion, said Khairy. Disciplinary action would be taken against her, he said. The two individuals who received extra jabs were allowed to do so as it was unclear if they had initially been administered empty syringes, he added.

Thirteen police reports have been lodged so far on the matter, with most of them found to be false or inconclusive, said Khairy. The country has administered 16,024,916 million doses of the Covid vaccine, according to the Health Ministry on Friday.

In future, recipients are permitted to record their vaccination process to prevent this from happening, said Khairy. This is amid the government’s push to fully vaccinate all adults by October as infections remain elevated. Some 15.6% of the population have received both doses of the vaccine as of Thursday.

“I would like to advise the public to understand the context of these cases and to ensure that we preserve the integrity of the national immunization program,” said Khairy. “And also the integrity of the thousands of nurses, doctors and frontliners who are risking their lives vaccinating at a rate of half a million a day.”