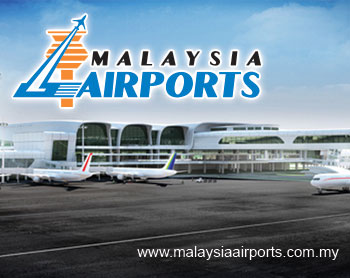 Malaysia Airports, which owns 60 percent of Istanbul Sabiha Gokcen Airport, plans to exercise its pre-emptive rights to buy the remainder from units of Turkish builder Limak Holding AS, said the people. The company has until tomorrow to exercise the rights, they said, asking not to be identified as the discussions are private.

Sabiha Gokcen, located on the Asian side of Turkey’s biggest city, is drawing investors with the fastest passenger growth in Europe. The decision by Malaysia Airports will put an end to plans by TAV Havalimanlari Holding AS, owner of Istanbul’s larger Ataturk airport, to buy the stake for as much as 285 million euros ($364 million) in a deal reached last month.

Malaysia Airports, operator of airfields in the Asian country, had agreed in December to raise its stake in Sabiha Gokcen to 60 percent, paying 225 million euros to buy out Indian partner GMR Infrastructure Ltd.