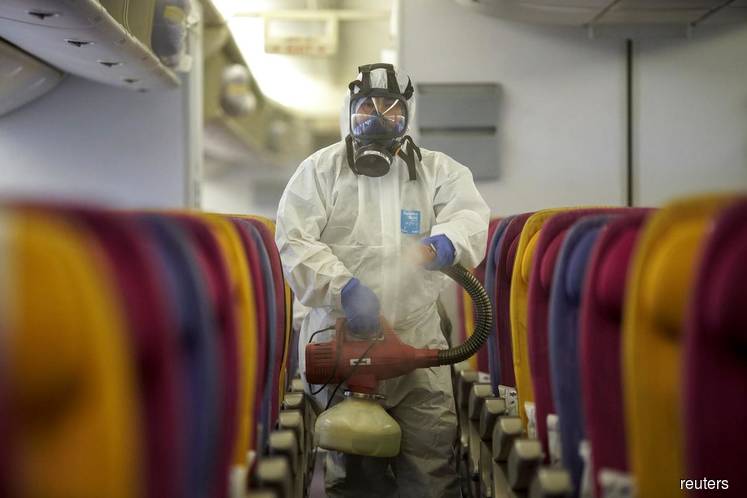 KUALA LUMPUR: Malaysia on Tuesday (Feb 4) airlifted out of China, 107 people comprising Malaysians and non-Malaysian spouses and children who had been stranded in coronavirus-hit Wuhan city that has been under a lockdown since Jan 23.

The evacuation of the 88 Malaysians and 19 non-Malaysian next-of-kin was completed in just over 14 hours, with a special AirAsia aircraft departing KL International Airport 2 (klia2) at 3.50pm on Monday (Feb 3) and returning to KLIA with the evacuees by 6am Tuesday.

Also onboard the aircraft were six officials of the Malaysian embassy in Beijing who had travelled to Wuhan to help coordinate the evacuation from the city and nearby areas in Hubei province.

On the trip to Wuhan, the aircraft had brought along 500,000 rubber gloves as a contribution to the Chinese government.

Deputy Prime Minister Datuk Seri Dr Wan Azizah Wan Ismail, who is NADMA chairman, said in a statement that after the flight returned to KLIA, the 107 evacuees were ferried by bus to the Air Disaster Unit (ADU) at KLIA for a health screening.

Two of the 107 failed the screening and were taken to Kuala Lumpur Hospital, she said.

The remaining 105 people were ferried by buses to a monitoring centre at the Higher Education Leadership Academy (AKEPT) in Bandar Enstek, Nilai, Negeri Sembilan, where they will undergo a 14-day quarantine.

The novel coronavirus (2019-nCoV) which broke out in Wuhan has since spread to at least 27 countries around the globe. Up to 427 people have died and more than 20,000 confirmed cases have been reported as of today.

Two of the deaths occurred outside China, one in the Philippines and the other in the Hong Kong Special Administrative Region.

The World Health Organisation (WHO) has declared the Wuhan coronavirus outbreak as a global health emergency.

Dr Wan Azizah said 141 people had registered with the Malaysian embassy in Beijing to be airlifted out of Wuhan, but 34 could not make it to the airport due to logistics problems.

“The main reason is that they are located outside Wuhan and had difficulty to get to the city or to the airport,” she said.

Malaysian Ambassador to China, Raja Datuk Nushirwan Zainal Abidin, when contacted by Bernama, said the embassy will continue to monitor Malaysians who are still in Wuhan.

He said some of the 34 Malaysians still in Wuhan faced logistics problems in getting to the airport, while others opted to remain in the city.

“For those who have opted to stay put, we will continue to monitor their situation via the WeChat application. Thus far, they are all in good condition,” he said.

He also said the embassy is in the process of tracking down Malaysians in other places in China and encouraging them to register with the Malaysian consular offices in the country.