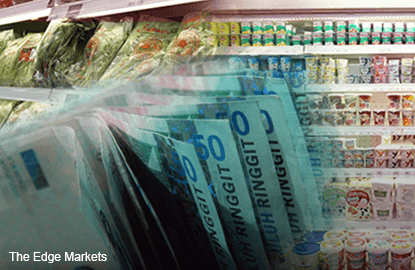 The Statistics Department said in a statement today that full-year CPI increased 2.1% from a year earlier.

On a monthly basis, the CPI was unchanged from the preceding month. In November, the inflation gauge rose 2.6% from a year earlier.

December's 2.7% on-year CPI rise was in line with consensus median growth forecast at 2.7%, based on a Reuters' survey.

Reuters, quoting economists, reported fuel prices fell in December, but a 40% tax hike on tobacco products imposed by the government in the previous month, have continued to drive inflation.

The country's inflation rate rose after the government introduced a 6% Goods and Services Tax (GST) in April, but has been below 3% since September.