“If LNG and CPO prices were to drop by 50% for a full year compared with a year ago, we may possibly face a current account deficit of about 1% of GDP,” said Edward Lee, who is Standard Chartered’s head of macro research for Southeast Asia during his presentation at Standard Chartered’s Global Research Briefing 2015 yesterday.

“[However], this is [looking at] the most severe case scenario, which is a situation that is worse than the global financial crisis [in 2008/09],” he said.

The current account deficit is when a country imports more goods, services and capital than it exports, which is largely a sign of an unbalanced economy and could lead to a depreciation in its currency.

Brent crude oil prices have halved to US$48.74 (RM173.02) per barrel as at yesterday, from its levels in June last year.

Lee noted that although during the worst period of the 2008 global financial crisis, oil prices did fall by about 50%, LNG and CPO prices did not drop to that extent.

“It is [also] worth noting that in terms of oil and petroleum products, Malaysia is just a slight net exporter.

“Where Malaysia will really get hit is from a fall in LNG and palm oil [prices]. Net crude, net petroleum, LNG and CPO combined, it’s about 10% of GDP — that’s why the ringgit has been relatively underperforming within the region [especially] when oil prices continue to tumble,” he said.

Standard Chartered Global Research is keeping its GDP forecast of 5.5% made in November, subject to revision in accordance to oil price movements going forward in the first and second quarter of this year.

Meanwhile, Lee expects the ringgit to weaken further against the US dollar to 3.65 in the second quarter of this year, with the possibility of it “overshooting” towards 3.70.

“We’re looking at a trajectory with the ringgit hitting 3.65 in the second quarter of 2015 before strengthening at the end of the year to 3.55 against the US dollar.

“We actually think the ringgit could gain a bit back versus the US dollar by the end of the year once the US Federal Reserve’s [Fed] rate hike starts and the market realises it’s going to be one of the most measured rate hikes ever,” he said, citing the Fed’s terminal funds target rate of 2%.

Lee said with weaker market sentiment and continued weakness of the ringgit, Malaysia’s trade balance figures would be in focus.

“The worry is not so much about the ringgit, but the impact from low oil prices and the low ‘animal spirits’ we are facing at the moment,” he said, referring to low levels of business persons’ confidence on their future business prospects. 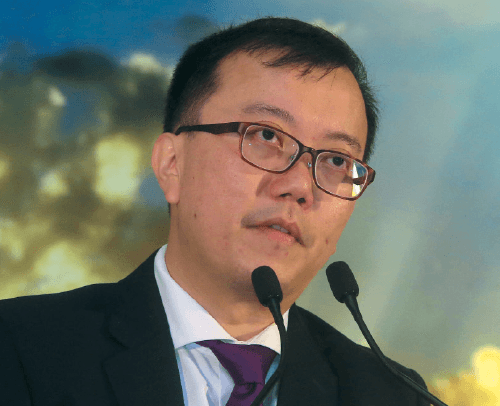