From The Edge
Nation-Building And The Future Economy

Making inroads into healthcare with AI 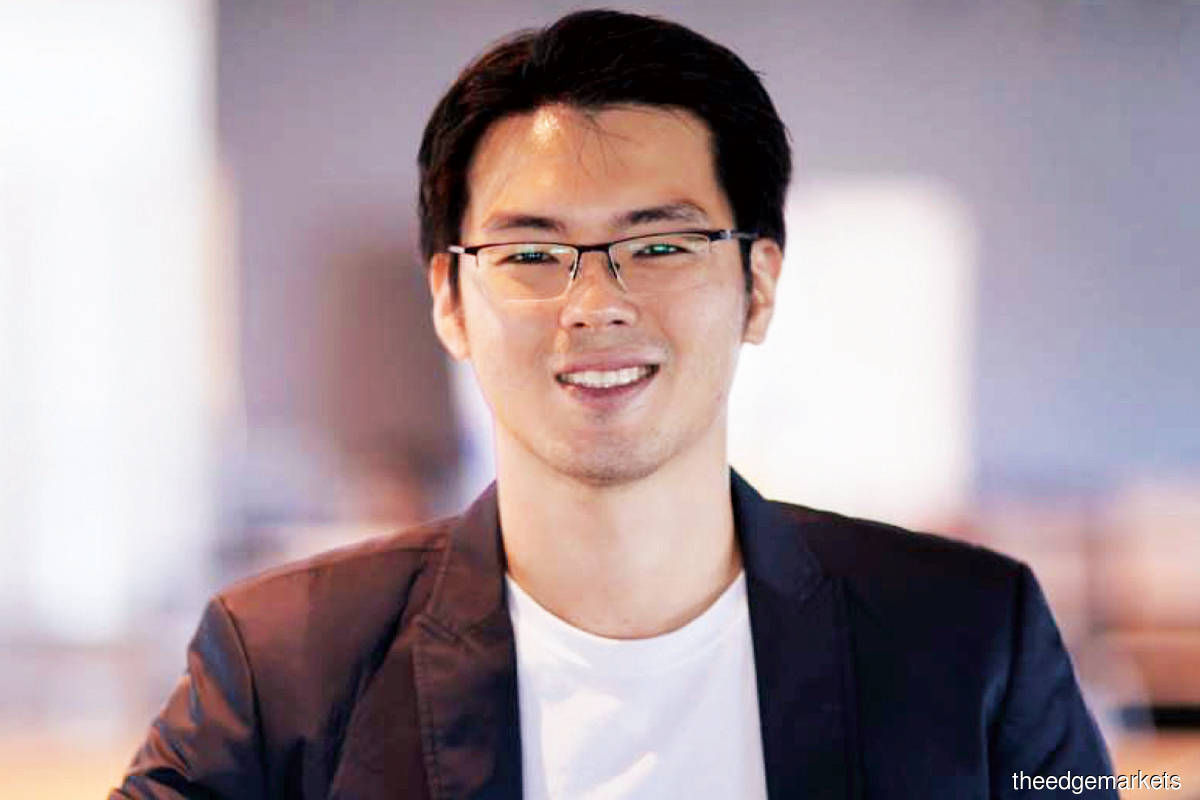 "Some of us may still be walking in the dark, but we must not give up. I believe there will be light at the end of the tunnel." — Lim

Lim Meng Hui, the founder of AI start-up SmartPeep, is seeing his hard work and persistence pay off

Artificial intelligence (AI) is expected to take the world by storm and form an essential part of the future economy. And young Malaysian entrepreneurs such as Lim Meng Hui, a start-up founder and PhD holder, are well-positioned to ride such a trend.

Lim’s AI-powered solution is already being used in hospitals, nursing homes and day care centres to prevent patients and the elderly from falling and hurting themselves.

Various research reports indicate that the demand for AI is expected to grow at a remarkable pace in the years to come. For one, Shanghai-based market research firm Facts and Factors estimates that the global AI market size will grow to US$299.64 billion in 2026 from just US$29.86 billion in 2020, which translates to a compound annual growth rate of 35.6%. For comparison, the semiconductor market grew 6.5% to US$439 billion in 2020 from a year ago.

Lim, 38, is the founder of SmartPeep, a Johor-based start-up that uses AI to help care-givers take better care of their patients and the elderly. Before branching out on his own, Lim completed his PhD in electronics engineering at Yonsei University in South Korea. He then joined Microsoft Research Asia as a researcher of AI-related projects and became a research assistant professor at the Hong Kong Baptist University while teaching computer science.

Lim is among many young Malaysians who believe that technology will be a key driver of growth in the future economy, and who have hunkered down to build a tech-driven business regardless of the uncertain economic and political climate in Malaysia.

“AI will be an essential part of our future economy. Countries like China and the US have produced a lot of AI applications recently. Southeast Asia, including Malaysia, is trailing behind. But the trend has been accelerated by the pandemic as more businesses adopt technology,” says Lim.

His SmartPeep safety monitoring system is also riding the country’s fast-changing demography. Malaysia’s population is ageing at an increased pace. The World Bank estimated that more than 7% of Malaysia’s population was aged 65 and above in 2020, meeting the conventional international definition of an ageing society. It said the rate will double to 14% and exceed 20% by 2024 and 2056, respectively.

The idea of launching the start-up arose after an incident involving Lim’s grandmother here when he was in Hong Kong. She had fallen while taking a stroll around the neighbourhood and no one was around to help her until much later, when a stranger found her and took her home.

After the incident, she refused to walk, preferring to use a wheelchair. Her health deteriorated, she developed dementia and passed away within a year. “It made me think: Can AI be part of the solution to prevent accidents like this, and I think it can. And why isn’t anyone doing it?”

It took Lim and his team about two years to come up with a viable solution. Their fall prevention and detection solution uses AI-powered cameras placed in hospital rooms that can read patients’ intentions when they try to get up from bed on their own. It then sends a notification to the nurses for quick assistance before anything unfortunate can occur.

“Not all elderly use the bed alarm while some have dementia. Some hospitals use sensors attached to the beds to detect changes in their weight. But those sensors react more slowly. Our solution gives nurses about 30 extra seconds to attend to the elderly and patients,” says Lim.

As simple as it may sound, accuracy is crucial. Lim and his team had to imitate the movements of sitting up from a bed and falling on the ground, time and again, to feed those images into the AI software via camera. “The software needs to absorb as many images as it can to read one’s movements and intentions accurately. We nearly injured ourselves at times. It was only later that we started feeding images obtained from movies, TV series and online videos to the AI software.”

The start-up went nowhere in the first two years owing to accuracy issues. During its first trials with a hospital, the solution sent nurses hundreds of notifications daily, with many of them being false alerts. For instance, alerts were triggered when nurses squatted or bent over in the room when caring for patients. Lim and his team had to ensure that the AI-powered camera learnt to distinguish nurses from patients.

“We were very discouraged by the lack of progress. We then spent a few months in 2018 [working] to drop the error by 25%, but it wasn’t good enough. The hospital told us that we weren’t ready. We had to look for other hospitals to conduct trials,” says Lim. But he was persistent. “It wasn’t until the fourth implementation that we started getting positive feedback. We were excited.”

From October 2020 to July this year, SmartPeep — which has a team of 12 now — generated a seven-figure revenue, more than 10 times the amount in its financial year ended Sept 30, 2018. It has broadened its range of products and supplies these to hospitals, home-care centres and retirement villages in Malaysia, Singapore and Australia. Ramsay Sime Darby Healthcare is one of its notable clients.

Most of SmartPeep’s competitors are from the US, China and Australia. The majority of its clients are also from overseas, but Lim expects the local market to grow significantly in the next three years as businesses increasingly embrace technology. “We expect that most of our clients will come from Malaysia and Australia, moving forward. SmartPeep’s strategy is to provide them with an affordable system that can address the different problems they face,” he says.

This year, SmartPeep rolled out AI-powered thermo-sensors that can be installed at home to monitor the elderly while protecting their privacy. If successfully enhanced in the next three to five years, these sensors can detect if the patient is having a stroke while sitting down, as well as other anomalies, through their movements.

In the near term, however, Lim wants to improve the processes and user experience of SmartPeep’s applications to help nurses and caregivers streamline their workload. “Outsiders tend to see AI solutions as something fancy. While they are complex, the solutions we design should aim to solve real-life problems.”

He is glad that Smartpeep has not been affected by the pandemic, and is looking to raise new funds for business expansion. Crunchbase, a platform for public and private business information, shows that SmartPeep raised seed funding from Zeroth.AI, a Hong Kong-based accelerator for early-stage start-ups in AI and machine learning companies in Asia.

“We are looking to raise a new round of funding in the coming months through the equity crowdfunding platform Mystartr so that more people can get to know us. We are thinking of raising funds through foreign venture capitalists to help us push our solutions to overseas markets,” he adds.

As Malaysia celebrates its 64th National Day amid the pandemic, things are not all doom and gloom. The pandemic has forced many businesses to close, observes Lim, but at the same time, he says that there are also success stories, mostly businesses that are quick to pivot.

“While many are suffering, I have seen various businesses pivoting and some booming. A lot of restaurants selling food online are doing pretty good. Some durian sellers recorded historical high sales numbers [by tapping the internet], never seen before in their history. The internet and technology have opened up new opportunities for them.

“The movement restriction order is expected to be lifted once the vaccination rate reaches a certain threshold. It would allow various sectors, including brick-and-mortar businesses, to come back. I’m quite optimistic of our future, even though it will certainly take time for the economy to recover,” he says.

Lim believes the pace of technology adoption and digitalisation will continue to be rapid for the next two years, at least, and businesses should recognise such a trend to prepare themselves for the future. “Some of us may still be walking in the dark, but we must not give up. I believe there will be light at the end of the tunnel.”