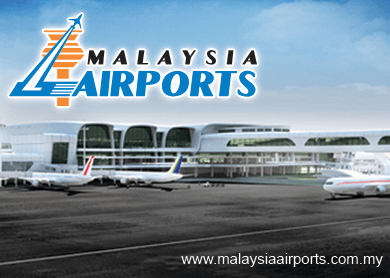 To date, however, MAHB has yet to make any annoucement on the quantum of the charges.

This is despite having issued the certificate of practical completion (CPC) to the UEMC-Bina Puri JV in February this year, for the construction of the main terminal building of the RM4 billion low-cost carrier terminal. The main terminal construction contract was worth RM997.23 million.

The CPC was issued nine months after the opening of klia2 on May 2 last year.

"The project of klia2 is a project by MAHB. The government is not involved in matters concerning the appointment of professional consultants or contractors for the project (klia2)," Liow told Parliament in his written reply to a question by Member of Parliament for Kuala Terengganu, Datuk Raja Kamarul Bahrin Shah Raja Ahmad.

"Therefore, the government did not take any action against the professional contractors involved. Any action is up to the discretion of MAHB," he added.

Raja Bahrin had asked Liow if the government had taken taken any action against the consultants involved in the project that had led to costs overruns of the klia2 project ballooning from RM1.7 billion to RM4 billion.

A CPC is a documented verification in which all works and tasks included in a contract have been satisfactorily completed. With the CPC, the responsibility of the terminal building will now be handed over to MAHB.

MAHB had confirmed a report in The Edge Financial Daily last year that the CPC had not been issued for the klia2 main terminal building as there were “material contractual obligations on the part of the contractor which have not been satisfied”, but did not disclose what those were.

In January this year, however, MAHB managing director Datuk Badlisham Ghazali had said “minor works such as testing of the fire alarm at certain retail areas (at klia2) still needed to be done".

The klia2 project had also come under sructiny of the Public Accounts Committee (PAC).

In a report tabled on Nov 26 last year, PAC had proposed that the Auditor-General conduct an audit of the airport following its findings that the main cause of the problems in klia2 was its ballooning costs.

The construction of the airport was also delayed due to MAHB's mismanagement and failure to consider the needs of budget airline operators at klia2, which led to cost overruns and problems in the low-cost terminal, PAC added.

The PAC report highlighted MAHB's decision to locate the terminal at the west side, a site which had been documented by engineers as costly and ill-suited for airport construction, and the choice of a satellite-type terminal instead of a finger-pier terminal as proposed by airport consultants.