ISTANBUL: Malaysia Airports Holdings Bhd (MAHB) is eyeing “multiple opportunities” across Central and Eastern Europe, Asia and Africa to build and redevelop airports for the next two decades, fuelled by growth in demand for air travel.

“The only market we are not looking at is the US because it is very different and is closed [to foreign players],” MAHB managing director Datuk Badlisham Ghazali told Malaysian journalists here last week.

He said both greenfield and brownfield airport development opportunities will be on MAHB’s radar.

In fact, MAHB will not stop its pursuit of opportunities overseas despite a recent circular from the Malaysian government urging government-linked companies (GLCs) to “give priority to domestic investments and immediately cease acquiring foreign assets” to reduce the outflow of funds from the country.

“I understand [the circular] in spirit. In the short term, all GLCs should look at their plans for international investments.

“But does it mean we will not be looking [for opportunities to purchase foreign assets]? No. When we find a quality asset, we will seek approval from the government,” said Badlisham, citing the purchase of Sabiha Gokcen International Airport (SGIA) as an example of continuous support from the government.

Some eyebrows were raised when MAHB announced its intentions to wholly own the Turkish airport, but the airport operator assures investors that its aspirations to increase exposure outside of Malaysia has long been in the making and is in line with its growth strategy.

“Our history has always been about airports and our ambition is to grow and it is to grow based on our core competency ... [which is] airport operating. That is where we want to internationalise our global ambitions,” said Badlisham.

“When we decided to buy SGIA, there was no hesitation in terms of what we were buying and what we were getting ourselves into. We have been involved [in SGIA] since 2007 ... when it was a brownfield development and on both the operational and commercial sides,” Badlisham said.

MAHB had initially acquired 20% equity interest in the consortium that consisted of India’s GMR Infrastructure Ltd and Turkey’s Limak Holdings AS in a bid to privatise SGIA in 2007. This participation became the building block for its entrance into the competitive European market.

When both its consortium partners decided to sell their stakes in SGIA last year, MAHB surprised many by offering to purchase each of their 40% stakes.

However, Badlisham said that being in Turkey or where the aviation world calls “the centre of the world” is only the start of MAHB’s global ambitions.

The group will also assess if the main terminal of the Kuala Lumpur International Airport in Sepang requires upgrading.

MAHB will continue its land development plans, meanwhile, on the remaining 40% of its land bank in Sepang dubbed the “KLIA Aeropolis”.

“That is the part that makes us unique. The agreement we have with the government is not only to run an airport, but also develop the ecosystem around it ... The plan is to enhance that [land] with aviation-related activities,” said Badlisham.

In that vein, the group is welcoming the country’s first full-scale outlet park — jointly developed by Japan’s Mitsui Fudosan and MAHB — on its land come April 2015. It also does not rule out the possibility of developing a theme park and golf course in the same area.

At the same time, MAHB is working on developing its logistics capabilities with relevant partners to take advantage of the trend of growing e-commerce activities.

Shares of MAHB closed up 2.22% at RM6.44 last Friday, bringing a market capitalisation of RM8.85 billion. 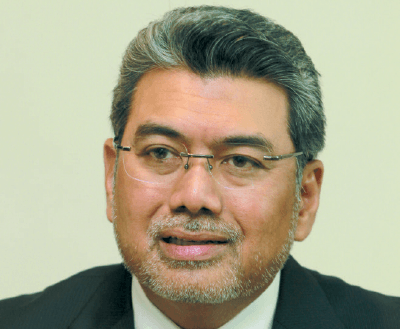 This article first appeared in The Edge Financial Daily, on January 12, 2015.