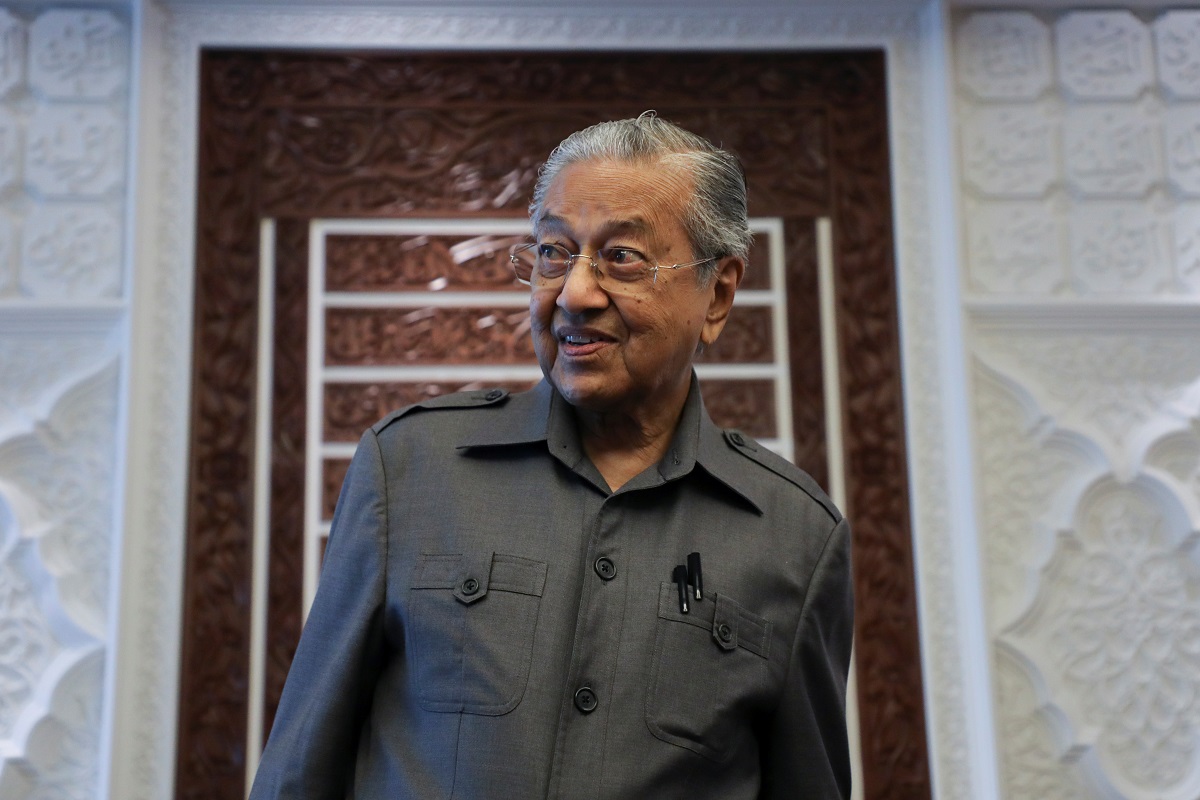 Dr Mahathir: So the situation is very uncertain ... either way, there is going to be a situation where there is no government in the country. (Photo by Reuters)

KUALA LUMPUR (Oct 16): Former prime minister Tun Dr Mahathir Mohamad said on Friday he doubted whether opposition leader Datuk Seri Anwar Ibrahim had the numbers in parliament to take the premiership and even if he did the country would remain in political deadlock.

Anwar met the king on Tuesday in a bid to prove he has a parliamentary majority to form government and take over from Prime Minister Tan Sri Muhyiddin Yassin.

Dr Mahathir, who mentored Anwar and many of the country's top leaders, said even with new leadership Malaysia would remain susceptible to shifting political alliances, particularly by the United Malays National Organisation (Umno) former ruling party.

"So the situation is very uncertain ... either way, there is going to be a situation where there is no government in the country," Dr Mahathir told Reuters in an interview at his office in Kuala Lumpur.

Dr Mahathir, with Anwar's backing, steered the opposition to a historic win in the 2018 election, ending six decades of rule by Umno with a campaign against corruption.

But his administration collapsed after a bout of in-fighting earlier this year, paving the way for Muhyiddin to take the post in March with the backing of Umno.

Muhyiddin's seven-month-old government has survived with a two-seat majority in the 222-seat Parliament.

Dr Mahathir said he did not support Anwar or Muhyiddin.

The 94-year-old veteran politician and five other federal lawmakers from his new Pejuang party each submitted motions of no confidence in Muhyiddin's leadership on Friday.

Dr Mahathir, whose decision to sack Anwar as his deputy during his first tenure as premier sparked a 20-year feud between them, dismissed his former protege's latest claim of a parliamentary majority.

"This is the kind of thing that Anwar is fond of saying ... already three times he has claimed to have the support that he would be the correct prime minister, only to find that he has no support," Dr Mahathir said.

Anwar's office did not immediately respond to a request for comment.

Should Anwar succeed in securing the post, it would be the culmination of a 22-year long quest, which included nearly 10 years in jail on sodomy charges he denied. It would also mean Malaysia would have its third prime minister this year.