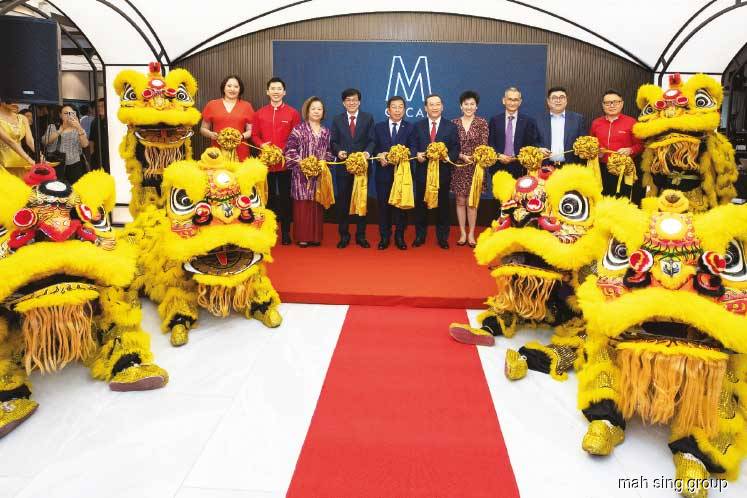 Located on a 4.63-acre freehold parcel off Kuchai Lama in Kuala Lumpur, the project comprises two blocks of serviced apartments with 910 units in total and is scheduled for completion in September 2023.

“The name and concept of M Oscar are interpretations of the aspirations of urban dwellers who work hard to achieve their dreams and are rewarded with a place they can call home,” said Mah Sing Group director of strategy and operations Lionel Leong at the opening of M Oscar’s sales gallery last Wednesday.

“One of the selling points of the project is that all the units have a north-south orientation, with the North tower facing the Kuala Lumpur city centre and the South tower facing Sri Petaling. All of the units will have unobstructed views of the surroundings,” said Lionel.

The development features a 2.7-acre facility podium with, among other things, a swimming pool, children’s playground, gymnasium, Jacuzzi and multipurpose hall. The maintenance fee is 35 sen psf.

Under construction just 800m from the project is an MRT station called Taman Naga Emas, which is part of MRT2 and due to be operational in 2022.

Mah Sing also plans to launch three other residential projects — M Arisa in Sentul, Block D of M Vertica in Cheras and Acacia in Meridin East, Johor — later this month or in November. Another two, namely M Luna in Kepong and M Adora in Setapak, will be open for registration by the end of the year.