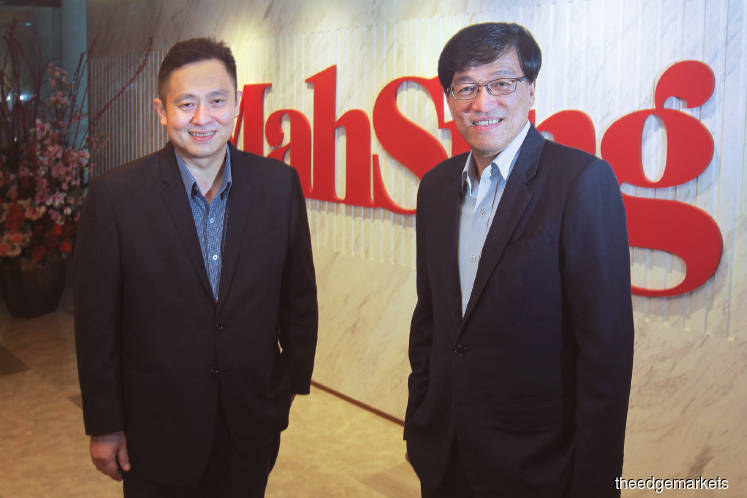 Mah Sing Group Bhd plans to unveil M Luna — a residential development sited on a 5.47-acre leasehold parcel next to Kepong Metropolitan Park in Kuala Lumpur — by the first quarter of next year.

Registration of interest started in October and the sales gallery and show units will be ready for preview before Christmas.

“Our first [project] was Lakeville Residence in Taman Wahyu, comprising six residential blocks and 10 two-storey shops. It was launched four years ago and is 99% taken up. The first four towers have been completed and handed over while the two remaining ones will be completed next year. Due to the good response, we decided to have another development in the same locality,” he adds.

“Luna” means “moon” in Latin, and it is also the name of the Roman goddess of the moon. “We initially came up with several names for the project but Luna somehow fit the criteria. We wanted something that would seamlessly suit the environment as the project is next to the 95ha Kepong Metropolitan Park, which comprises a 57ha lake popular among locals for kite-flying and fishing.

“There is a saying that goes, ‘Romantic things happen by the lake under the full moon’ and another that states that the full moon brings about a family reunion,” Yeoh adds.

With a gross development value of RM705 million, the development will comprise two 57-storey towers with 1,672 serviced apartments in total. Tower A will have 860 units and Tower B, 812.

The developer plans to incorporate green features in the project. “Although we are not a Green Building Index-certified development, we will provide green features with sustainability in mind without any additional cost to the homebuyers,” says Yeoh.

This includes the paint, which will have low volatile organic compounds (VOCs) and will be used in all units. According to the US Environmental Protection Agency, “VOCs include a variety of chemicals, some of which may have short and long-term adverse health effects.”

Another unique feature of the development will be the pneumatic waste collection system. “This fully computerised and automated system is mostly used in high-end developments and is costly. We are one of the few developers to implement the system, which makes us different from the others,” remarks Yeoh.

How does it work? “The collection cycle starts at the loading station point of the serviced apartment where garbage, in or out of bags, is put through a hopper door into a vertical pipe known as the garbage chute. Once full, computer-controlled vacuum exhausters will generate negative pressure in the pipes, which will move the bags of garbage to a central collection point.

“The system has a sprinkler to clean the rubbish chute based on circumstances and additional discharging may be programmed when there is higher waste output. This will reduce the odour of garbage,” Yeoh explains.

The development will also have a rainwater harvesting system, which will collect rainwater to irrigate the landscape, as well as two electric-vehicle charging stations.

The security system will be multi-tiered. “We are developing a security application that will be able to track visitors as well as food delivery persons and e-hailing drivers. The app will utilise a QR code that visitors will have to scan upon entering the premises and they will be given a predetermined time to remain there. Once the time has lapsed, the security personnel will be able to track the location of the visitors and enquire why they are still on the premises,” reveals Yeoh.

Public transport within a 4km radius include the Taman Wahyu KTM station and proposed Metro Prima and Kepong Baru MRT stations, both of which are part of the Sungai Buloh-Serdang-Putrajaya line that is slated to be fully operational by 2021. According to Yeoh, a free shuttle bus will take residents to and from the KTM and MRT stations, which is a seven-minute drive away.

The development will have a 2.5-acre deck offering 36 facilities, including a swimming pool, children’s playground, futsal/basketball court, Jacuzzi, amphitheatre, barbecue area, reflexology path and jogging track. “It caters for residents from all walks of life, from the young to the elderly. The maintenance fee has tentatively been set at 30 sen psf per month,” says Yeoh.

Ho says, “The difficulty in securing adequate financing continues to plague potential homebuyers, resulting in the reduced closing of sales.

“The recent Budget 2020 proposal to lower the threshold for foreign buyers of high-rise properties in urban areas from RM1 million to RM600,000 will have a positive impact on our business as such buyers could reduce the property overhang.”

Projects that Mah Sing has in the pipeline are Acacia in Meridin East, Johor (set to be launched at the end of the year) and M Adora in Wangsa Melawati (expected to be launched in 1Q2020). “At the moment, we do not have any projects outside Malaysia but we are always open to opportunities in Australia, London and Southeast Asia,” says Ho.

“Despite the current challenging market, our properties in the affordable price range and that are located strategically with good accessibility remain in high demand. We believe that M Luna will garner a positive response from our target market due to its unique offerings that meet their demands.”