Mah Sing forges ahead with launches in 2015 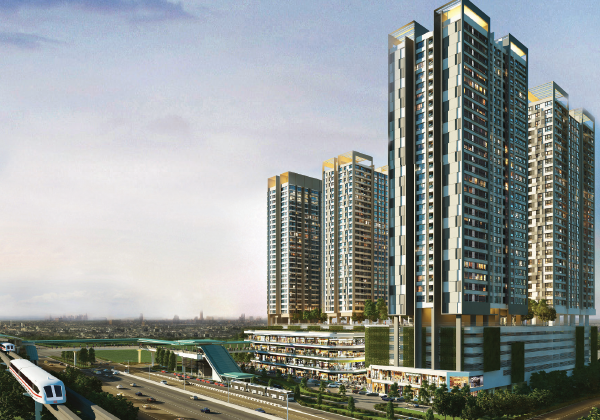 KUALA LUMPUR: Mah Sing Group Bhd will not be slowing down on launches for ongoing projects in order to achieve its RM3.43 billion sales target this year.

“We forecast that GST (goods and services tax) will have some effect on the property, but we feel that we have already planned properly and [the] RM3.43 billion sales target is achievable,” Mah Sing Group general manager of sales and marketing for commercial property Winston Tan told The Edge Financial Daily recently.

Mah Sing recorded RM3.43 billion sales in financial year 2014 (FY14) and announced the same sales target for FY15. “We are aggressive, but we don’t want to be so optimistic about our objective in 2015,” said Tan.

Mah Sing has 12 launches scheduled this year. One of the launches is in its D’sara Sentral development, which is situated along Jalan Sungai Buloh, Selangor. The developer will also launch its D’Residenz Suites’ Towers 2, 3 and 4 of serviced residences, where units have built-ups from 809 sq ft and are selling from RM538,000. Tower 1, launched in September last year, has achieved 80% take-up. Tower 2, being soft-launched on Sunday, has already achieved 40% pre-registration. “Towers 3 and 4 will be launched from the third quarter. We are still in the planning stage, but the units will be of a dual-key concept,” Tan said. D’Residenz Suites will have a total of 938 units, with more than 40 indoor and outdoor recreational facilities such as a swimming pool, yoga and tai chi decks, viewing deck and floating gym.

D’sara Sentral is an integrated development with small office/versatile office (SoVo) units, lifestyle shops and serviced residences that sit on 6.58 acres (2.66ha) of land and has an estimated gross development value (GDV) of RM938 million. The development comprises six buildings, where one building will feature 105 units of 1- and 2-storey retail shops. Another is a tower block called D’Sovo Suites with 322 SoVo units. The last four blocks will house the serviced residences.

D’sara Sentral is located opposite the soon-to-be-completed Kampung Baru Sungai Buloh mass rapid transit (MRT) Station, the second station on the Sungai Buloh-Kajang MRT line. There will be a covered walkway linking the development to the MRT station.

Tan said that Mah Sing has substantial land bank that will keep them busy for some time. “Mah Sing has 3,822 acres of land right now, which could last us about eight to 10 years. Of course, if there is any suitable and potential land, we will look into it,” said Tan. He added that Mah Sing will be focusing on mid- to high-end developments in four focus areas, namely the Klang Valley, Johor Baru, Penang and Kota Kinabalu, in the near future.

Tan said he also believes that the demand for affordable houses remains strong, and the focus for this year is to ensure affordability of Mah Sing’s products. About 84% of Mah Sing’s planned residential product launches are priced below RM1 million, 71% below RM700,000 and 44% below RM500,000.

Southville City is a mixed township in Bangi that spreads across 428 acres with a GDV of RM8.31 billion, comprising commercial hubs and retail shops, corporate and boutique office towers, gated and guarded stratified and landed residential properties, neighbourhood retail shops and amenities such as schools, a clubhouse and urban parks.

As at Dec 31, 2014, Mah Sing’s unbilled sales combined with remaining GDV is approximately RM65 billion, while balance sheets remained strong with a cash pile of RM639.2 million and a net gearing at 0.36 times.

This article first appeared in The Edge Financial Daily, on March 6, 2015.