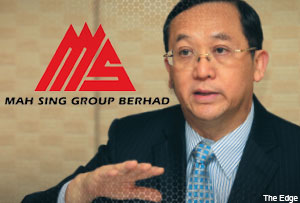 “In line with the government aspiration and to assist first-time property buyers, we would like to request that Developer Interest Bearing Scheme (DIBS) should be allowed for first time home buyers,” said Leong in a statement today.

According to him, DIBS could bridge the gap for genuine homebuyers who will be able to afford their first home in two to three year’s time, by allowing them to lock in properties at current prices.

“With increasing salary in two to three years when the property is completed, the repayment capability of purchasers would have increased,” he added.

DIBS, a scheme where developer would pay for the interest cost on behalf of property purchasers during the construction of property, was prohibited following last year’s budget.

Meanwhile, Leong has also asked the government to extend tax relief to all interest incurred on end-financing for the first home.

Alternatively, he suggested for the government to consider providing grants of up to 10% of the purchase price of affordable properties, to first time home owners, so that it will be easier for them to own their first property.

On top of that, Leong also hopes that the government will extend the 50% stamp duty exemption for first time buyers of properties below RM400,000, and maintain its stamp duty rate of 3% for portions of the purchase price exceeding RM1.5 million, as “any increase would add burden to owning homes”, he said.

On matters concerning the goods and services tax (GST), Leong echoed the request from Real Estate and Housing Developers Association (Rehda) that all types of contracts made prior to the announcement of GST (on Oct 25, 2013, where the 2014 Budget was announced), be entitled to zero-rating during the transition period.

“GST is a good measure; however there is a need to allow for a transition period for the long term sale agreements and construction contracts spanning over the implementation date of April 01, 2015,” he said.

“However we would like to reiterate the view that house price increases are due to demand exceeding supply in good locations, as well as cost pushed inflation,” he said.