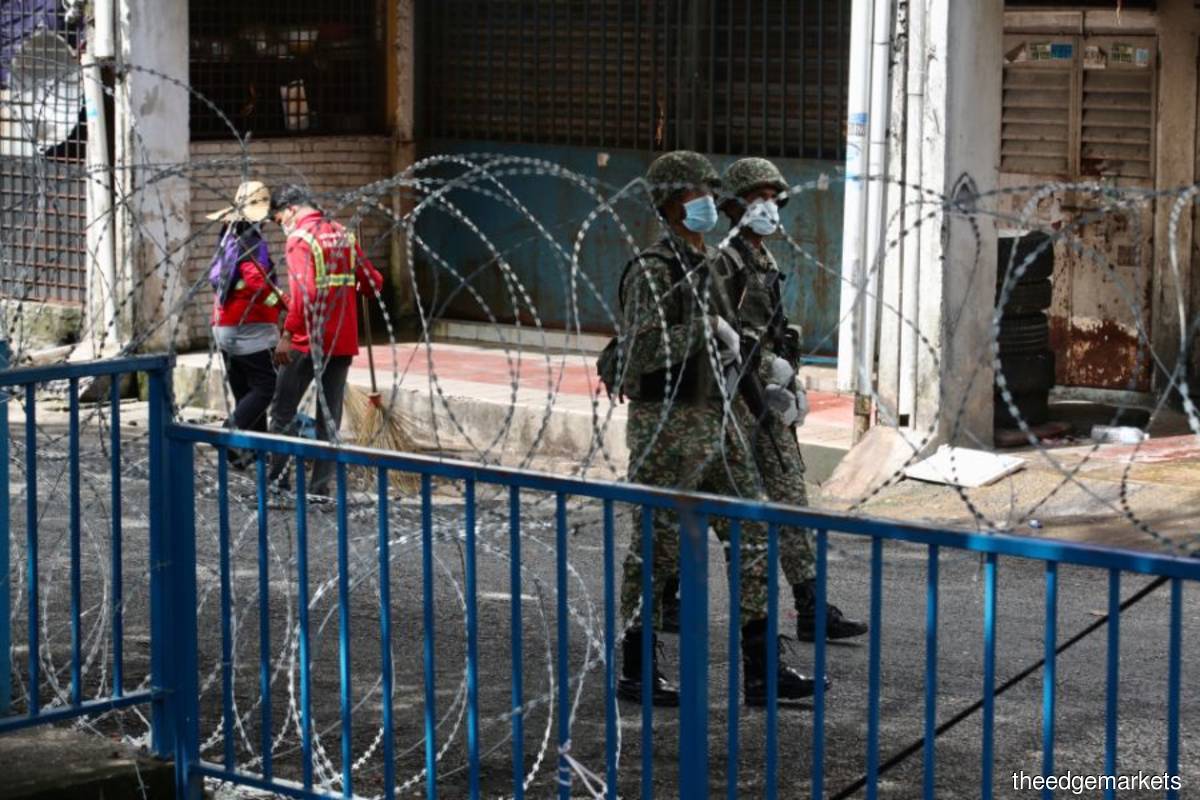 KUALA LUMPUR (Jan 19): Members of the Malaysian Armed Forces (MAF) have the authority to detain offenders of the standard operating procedures (SOPs) under the Emergency Ordinance but emphasis is given to duties under Op Benteng, said Senior Minister (Security Cluster) Datuk Seri Ismail Sabri Yaakob.

He said until now, the duties of MAF are as usual, including assisting the Royal Malaysian Police (PDRM) to ensure that members of the public complied with the SOP during the Movement Control Order (MCO).

“Therefore, MAF is still assisting PDRM only in Op Benteng led by us as before because the power to arrest illegal immigrants is limited.

"So for this emergency period, MAF is given the same authority as the police with focus on Op Benteng at the country's borders, especially in rat trails to reduce the influx of illegal immigrants in the country," he said in a press conference on MCO development, here.

Ismail Sabri said before the Emergency Ordinance came into force, the authority of MAF was very limited when curbing the entry of illegal immigrants under Op Benteng because there was no authority to detain them.

Earlier, Bernama reported that MAF officers and personnel are now vested with the power to detain and take action against those found violating the MCO.

The matter lies under the implementation of the Emergency Ordinance in which the jurisdiction of the military and the police is the same and this will facilitate the better management of Covid-19.

In another development, he said police arrested a total of 590 individuals for violating MCO yesterday.

"A total of 553 of them were compounded while another 35 were remanded while two individuals were given bail yesterday. Regarding Op Benteng, a total of eight illegal immigrants were detained while 12 land vehicles were seized yesterday," he said.

"However, the owners of food operators need to inform the police and issue a letter confirming them as employers of the riders involved and private food delivery riders can also obtain the approval from police themselves," he said.

Regarding the request to extend the operation of the restaurants to 10pm, Ismail Sabri said the matter is still under discussion and scrutiny from various aspects.

"The government is aware and concerned about the grievances among the people and those working who do not have time to buy food to take home during the current operation hours," he said.

Asked about the proposal to tighten the SOP as the Covid-19 cases are still worrying after seven days of MCO implementation, Ismail Sabri said the matter would be evaluated and decided based on the advice of the Ministry of Health before MCO ends next Tuesday.

In the meantime, he said the government told employers to ensure all their foreign workers, especially in factories and construction sites undergo Covid-19 screening and comply with the stipulated accommodation SOP requirements.