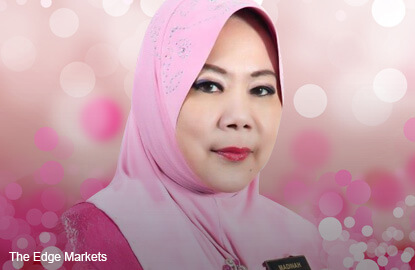 Bernama reported Ali as saying that the Yang di-Pertuan Agong, Sultan Muhammad V, consented to Madinah's appointment upon the advice of Prime Minister Datuk Seri Najib Razak and following consultation with the Conference of Rulers, in accordance with Clause (1) Article 105 of the Federal Constitution.

She had served as the secretary-general of the ministry of science, technology and innovation; as well as the ministry of education, before retiring on Sept 3 last year.

Ali also said the government expressed its deep appreciation and gratitude to Ambrin for his services as the auditor-general from Feb 23, 2006, especially in the efforts to transform and restructure the government's auditing system, as well as to strengthen the financial management system of the country.