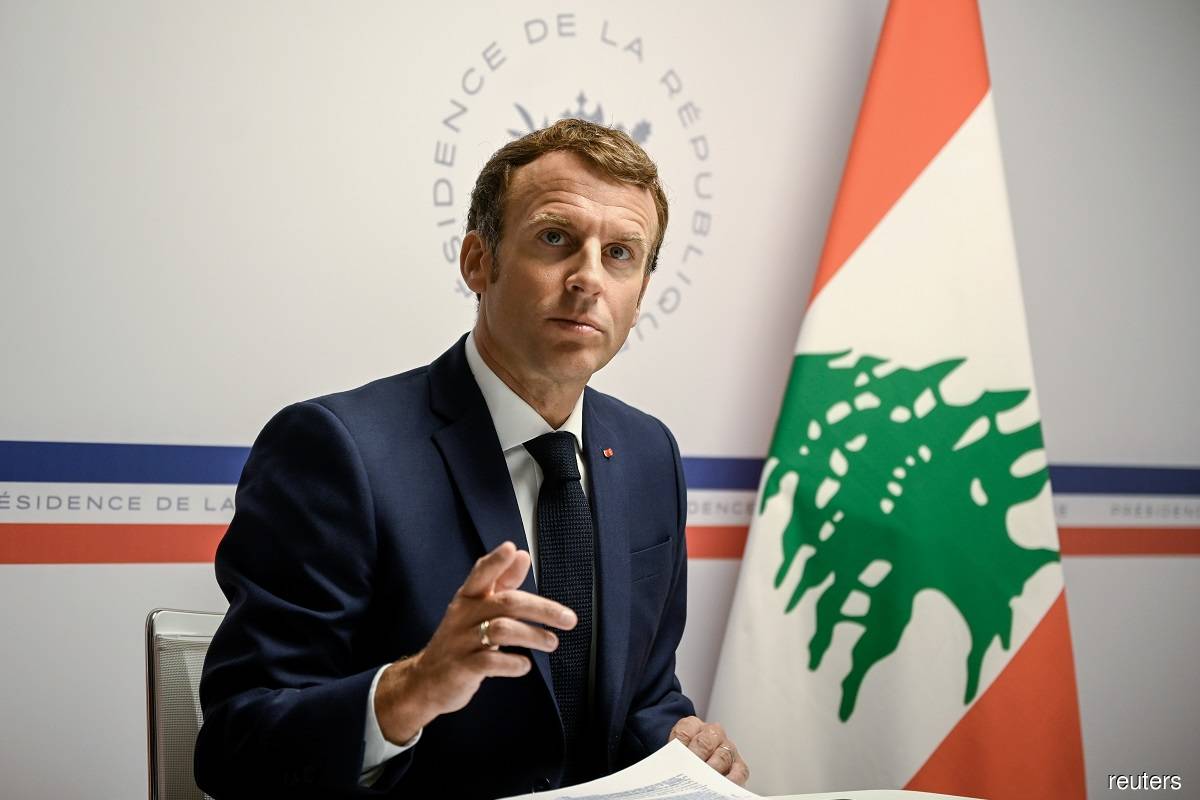 PARIS (Aug 4): French President Emmanuel Macron criticised a "failing" Lebanese political class he blamed for their country's economic turmoil as he opened a donors' conference marking the anniversary of the Beirut port blast.

One year since an explosion ripped through the capital's port and plunged Lebanon further into economic crisis, its politicians have yet to form a government capable of rebuilding the country, despite French and international pressure.

"Lebanese leaders seem to bet on a stalling strategy, which I regret and I think is a historic and moral failure," Macron said in opening remarks as host of an international donors' conference that aims to raise at least US$350 million.

"There will be no blank cheque for the Lebanese political system. Because it is they who, since the start of the crisis but also before that, are failing."

France has led international efforts to lift its former colony out of crisis. Macron has visited Beirut twice since the port blast, raised emergency aid, and imposed travel bans on some senior Lebanese officials in his quest for a reform package.

He has also persuaded the European Union to agree on a sanctions framework that is ready to be used.

But his initiatives have been in vain so far.

US President Joe Biden will participate in the conference that is co-hosted by the United Nations, Macron's office said, along with about 40 other world leaders.

Last year's conference in the wake of the blast raised about US$280 million, with the emergency aid being kept away from politicians and channelled through non-governmental organisations and aid groups.

The new aid will be unconditional, Macron's office said, but about US$11 billion raised in 2018 remains locked away and conditional on a series of reforms.