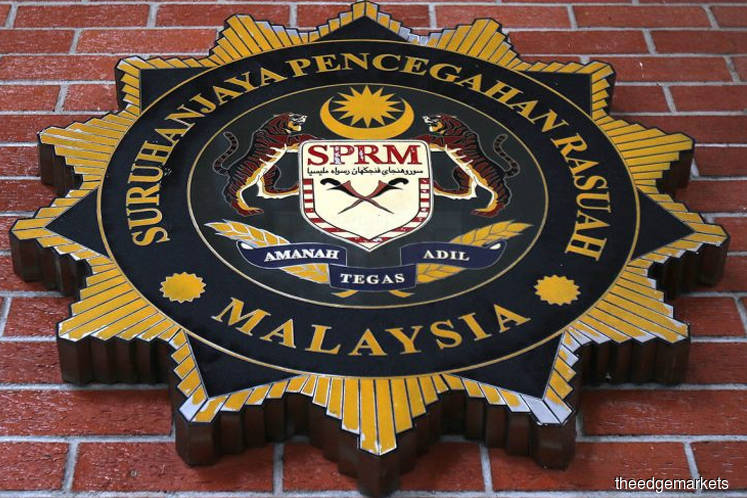 The prosecution process of Najib on the investigation of the case of debt-ladden 1Malaysia Development Bhd (1MDB) and SRC International Sdn Bhd is noted to have taken place more than three hours since he arrived at the MACC.

Earlier at the press conference today, MACC chief commissioner Datuk Seri Mohd Shukri Abdull said the agency will continue to record statements in relation to the 1MDB case and Najib will not be arrested today, following new evidence found.

However, Shukri declined to comment on the detail of the new evidence.

Earlier, Najib appeared calm, smiling as he stepped out of a white Toyota Wellfire flanked by bodyguards at 9.45am, 15 minutes ahead of his scheduled 10am meeting.

Also present was former solicitor-general Mohd Yusof Zainal Abiden, who is believed to have taken charge as Najib’s legal council, following the resignation of Datuk Harpal Singh Grewal and M. Athimulan as his lawyers yesterday.

Yesterday, MACC deputy chief commissioner (operations) Datuk Seri Azam Baki said Najib was served with the notice that required him to be present at the commission’s headquarters to record his statement to facilitate investigations into the case involving SRC International.

Najib could face charges under the MACC Act 2009, if he fails to adhere to MACC notice.

SRC was a subsidiary of 1MDB, before it was placed under the Ministry of Finance in 2012.