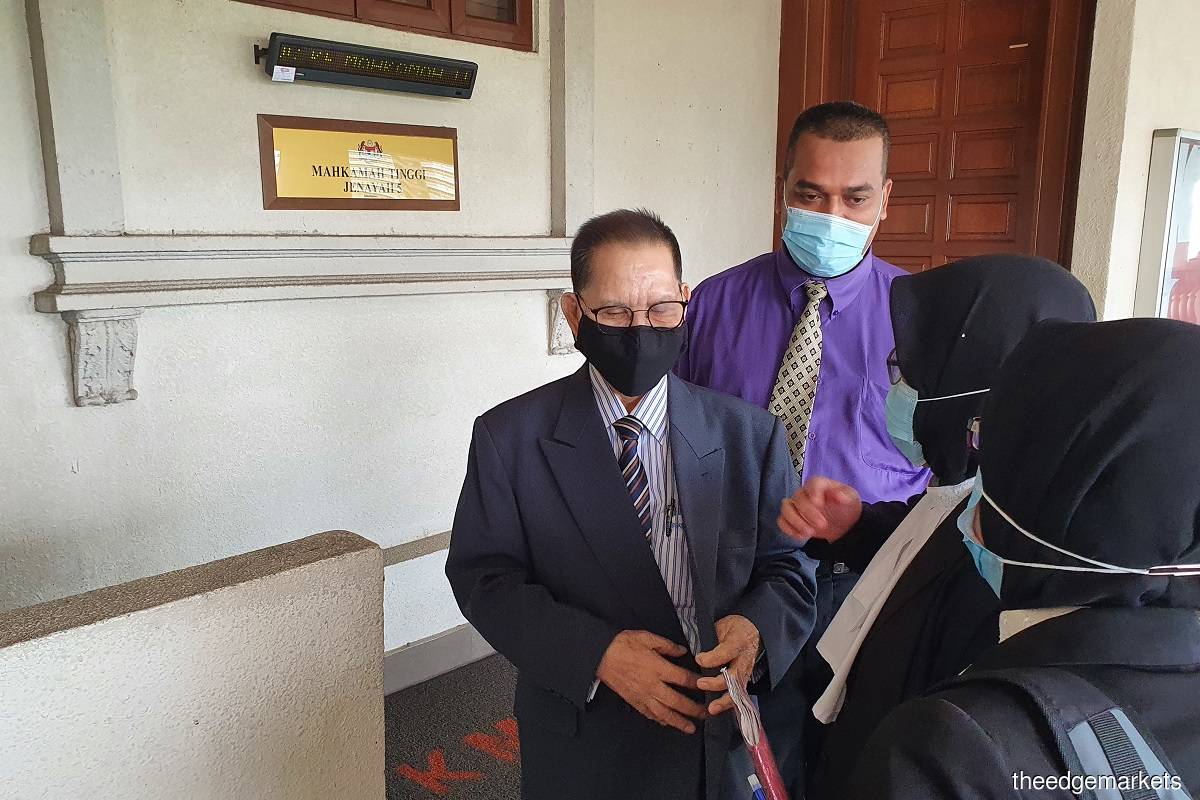 Kasitah (centre) talking to his lawyers while leaving the court.

This follows Judicial Commissioner Datuk Ahmad Shahrir Mohd Salleh's ruling that the RM100,000 frozen in June 2018, six years and four months after the former minister received the money from the former prime minister, was mainly his pension.

He noted that Kasitah had not disputed in receiving the money from Najib on Feb 2, 2012 but he had shown evidence from his bank accounts that the monthly remittances ranging from RM12,849.47 in January 2015 up to RM14,186.82 in June 2018 before his account was frozen were his pension.

"I find that the applicant (prosecution) has not succeded in proving on the balance of probabilities that the seized sum of RM100,000 in the respondent's CIMB account is the proceeds of an unlawful activity.

"The language of Section 56 (2) of the Anti Money Laundering, Anti Terrorism and Proceeds of Unlawful Activity Act is clear where the money which is liable to forfeiture must be the very money which is the proceeds of an unlawful activity.

He said a necessary component of a money-laundering offence is a predicate offence and it is the prosecution's contention the offence is under Section 23 (1) of the MACC Act 2009, for using office or position for gratification.

"There are sufficient evidence of the receipt of monies in Najib's first account. Hence the presumption under Section 50(1) of the MACC Act 2009 that the gratification has been corruptly received applies.

"There are sufficient facts to show the personal monetary interests of Najib in the impugned decisions in relation to 1MDB (1Malaysia Development Bhd). These facts satisfy the necessary conditions to invoke presumption under Section 23 (2) of the MACC Act for use of office or position for gratification," he said, adding an offence under Section 23 is a serious offence classified under the Second Schedule of the MACC Act.

Being a serious offence, Ahmad Shahrir said it fulfils the condition of the definition of an "unlawful activity" (that could be the subject of forfeiture).

Kasitah, 72, when met said he felt relieved over today's decision and following the prosecution's intention for a stay, the former minister said he would fight it.

It was previously reported that the MACC had initiated forfeiture action against some 80 entities and individuals who purportedly received funds from Najib allegedly from 1MDB.