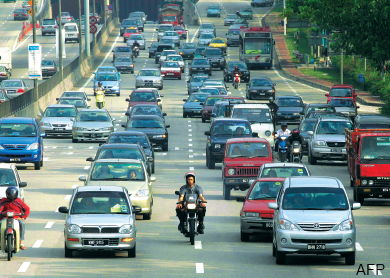 KUALA LUMPUR (May 19): Auto sales dropped in April, after the pre-GST promotion offers that boosted demand in the preceding month.

On a month-to-month basis, total vehicle sales in April — which comprised of passenger and commercial vehicles — had dropped 33%, from 67,314 units in March.

In a media release today, MAA blamed the sharp drop to consumers’ adjustment to the recent implementation of the goods and services tax.

“The very high total industry volume in March was an abnormal month, due to consumers buying forward, prior to the implementation of the GST,” MAA said in a statement.

MAA had previously noted that very high sales in March was due to “very attractive offers and incentives given by car companies to clear their stocks, prior to the implementation of GST.”

Going forward, MAA said sales volume in May is expected to be “slightly better” than in April, while noting consumers are cautiously optimistic as they adjust to the GST regime.