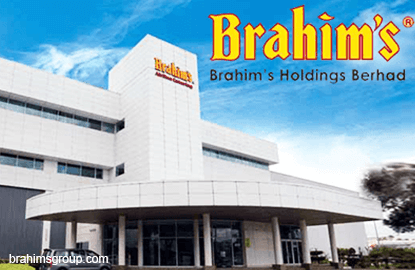 A good asset will have many buyers. But disposing of a loss-making entity that faces a tough operating environment is a real challenge.

Yet, Brahim’s Holdings Bhd managed to sell a 49% stake in Brahim’s Airline Catering Holdings Sdn Bhd (BACH) to SATS Ltd for up to RM218 million. And there was the challenge of tight deadline of only 3½ months.

Affin Hwang Investment Bank Bhd was responsible for putting the deal together as principal adviser.

The divestment was part of a proactive measure and turnaround plan for Brahim’s — taking into account the challenging business landscape in airline catering — that would allow the company to diversify into non-airline catering.

SATS Ltd is a Singapore-based provider of gateway services and food solutions, serving many of the same customers as Brahim’s.

However, following the restructuring of Malaysia Airline Systems Bhd into MAB, the operating environment became more challenging for Brahim’s. The catering arm incurred a loss in the most recent financial year, which made it difficult and challenging to negotiate favourable terms for the disposal.

In order to bridge the price gap expectations between buyer and seller, an earn-out structure was used. In addition, an outperformance consideration was negotiated to incentivise better performance.

Recall that Brahim’s’ cost of investment for the 49% stake was RM129.63 million. If Brahim’s is able to deliver its financial targets, it will be able to dispose of the stake in BACH at a reasonable premium.

In short, Affin Hwang was able to structure a deal that bridged the requirements of both buyer and seller despite the challenging nature of BACH’s operations.