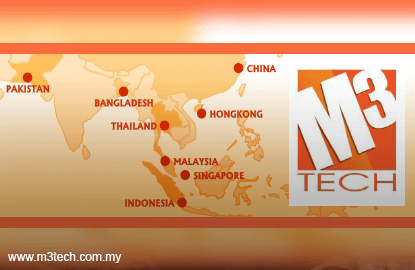 It was reported that M3 Technologies managing director Lim Seng Boon said there are huge opportunities waiting for the company's rights issue to fund and tap into the market, and the company is trying its best to introduce many new products to maximise its profitability and increase shareholders' wealth.

He also said that according to Persistence Market Research's global market study released in 2015, the global outdoor LED display market was anticipated to grow to US$15.71 billion (RM63 billion) by 2021 from US$5.57 billion (RM22 billion) in 2014.

Lim said the company had broadened its revenue channels by investing in research and development of various new platform products since 2014.

M3 Technologies was slapped with unusual market activity query in June on the high volume of its shares then. The share price saw a sharp decline in the month of June, falling more than 64% within a month.