M’sia to get ‘Lost in the Pacific’ 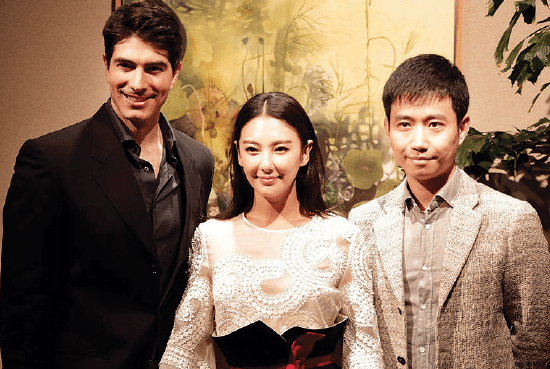 EXPECT to see familiar faces and recognise local sights when China-Hollywood mega project Lost in the Pacific debuts on the big screen at the end of the year.

The sci-fi movie, which tells of a group of elite passengers on board 2020’s inaugural luxury, transoceanic flight, has roped in big names such as American actor Brandon Routh (Superman Returns) and Chinese starlet Zhang Yuqi (Stephen Chow’s CJ7).

And since the project is shooting in Malaysia from the end of March through early May, it will take advantage of local talents, claimed Chinese director Vincent Zhou.

“This is an international collaboration engaging talents from China, the United States, Taiwan and Hong Kong.

“There is an important role for which we have decided to go with a Malaysian. We have shortlisted three candidates but have yet to finalise the outcome,” Zhou told China Press.

Auditions for locals and foreigners based in Malaysia began earlier, the report said, adding that the ability to speak fluent English was a prerequisite as the production caters to an international audience.

Zhou was attracted to the incentives offered by the Malaysian government to film projects by foreign outfits. While New Zealand and Australia offered similar perks, he said Malaysia stood out with its tropical weather and affordable labour cost.

He gave Pinewood Iskandar Malaysia Studios (PIMS) the thumbs-up, saying its quality is on par with Hollywood and some 80% of Lost in the Pacific will be filmed in PIMS.

In a quest to become the region’s leading television and movie production hub, Khazanah Nasional Bhd joined hands with the UK-based Pinewood Studios Group to launch PIMS in June 2014. The venture is expected to contribute as much as RM1.8 billion in revenue and create some 1,700 freelance jobs over the next eight years.

Zhou was in Malaysia last August to scout for locations for the film. In addition to PIMS, he visited Bukit Bintang in Kuala Lumpur and Melaka as well as the Subang Airport, and it is suspected  that all three will make an appearance in the movie, China Press said.

The director is said to have developed a soft spot for local food, including kaya toast and cendol, during his discovery trip.

Actress Zhang, 28, got her break through Chow’s 2007 Hong Kong film CJ7, which put her acting career on the fast track. But her fame has been largely limited to CJ7, despite winning some accolades for other film projects and having worked with Hong Kong director Tsui Hark.

Bruce Jones, famed for his visual effects in The Italian Job and Star Trek, will take on the role of visual effects supervisor. Also on the crew are production designer and art director Ian Bailie (Atonement and Pride and Prejudice) and Scott Winig as director of photography.

Zhou promises Lost in the Pacific will be an adventure of “monumental proportions for audiences all over the world that will keep them on the edge of their seats until the very end and even after they leave the theatre”.

This article first appeared in The Edge Financial Daily, on March 6, 2015.