Lush and serene living in Johor 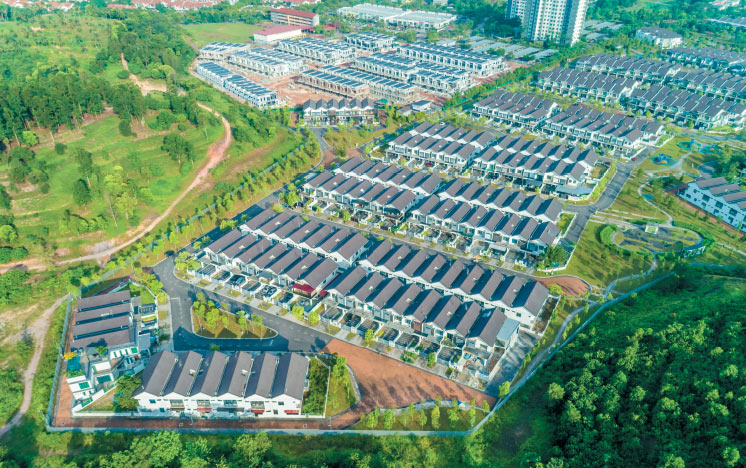 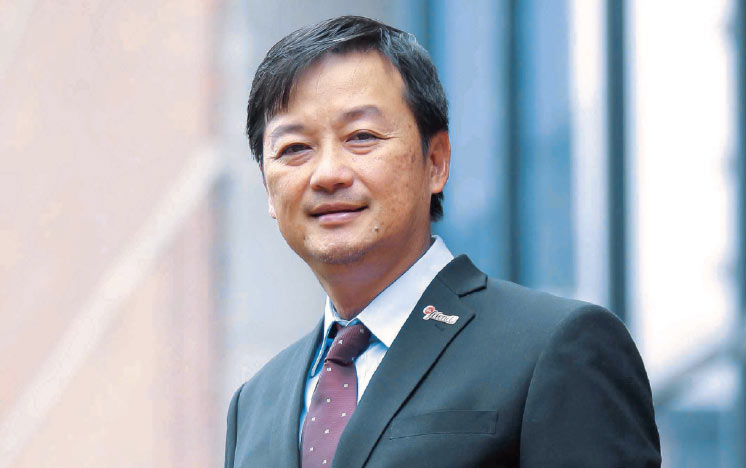 Prices at Horizon Hills are also at a slight premium, targeted at those who want to live in a branded address.” — Woon Kenny Yap/The Edge 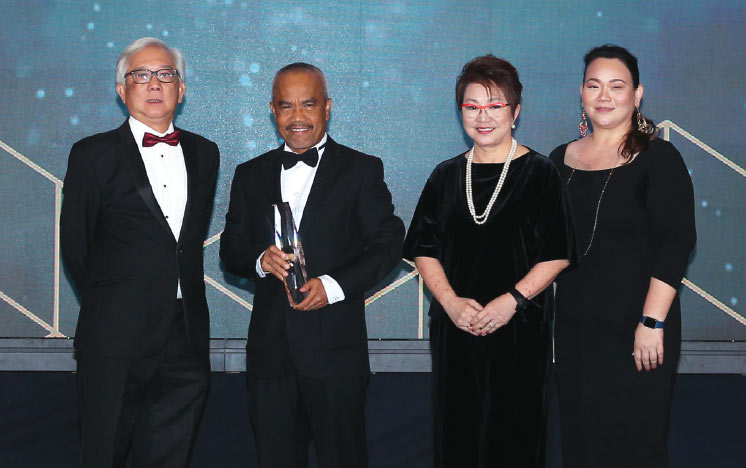 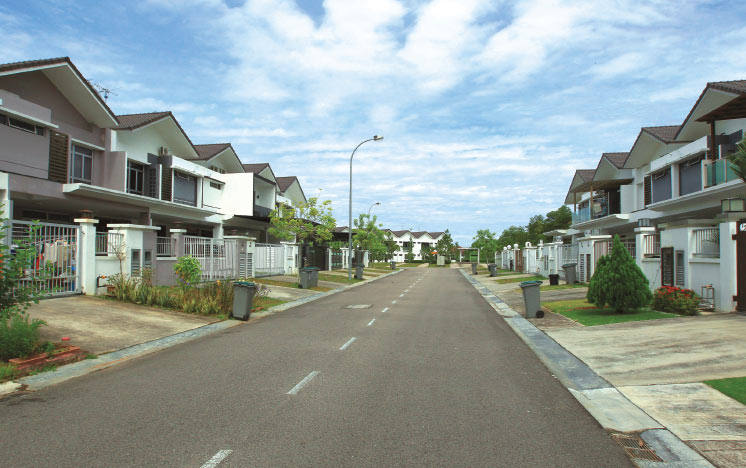 Launched at RM698,800 onwards, the prices of homes in Phase 2D3 have appreciated 35% on average over five years Abdul Ghani Ismail/The Edge

Regarded as a premium resort-style township, Horizon Hills is in its 11th year of development and it is estimated that it will take another seven to eight years to complete the remaining 40%. The township, which has a gross development value (GDV) of RM7.2 billion, also boasts its own 200-acre 18-hole par 72 designer golf course and a 150,000 sq ft clubhouse.

The developer of the low-density master-planned township, comprising 10 residential precincts with a total of 6,000 homes, is Horizon Hills Development Sdn Bhd, a 50:50 joint-venture company set up by Gamuda Bhd and UEM Sunrise Bhd.

This year, Horizon Hills picked up The Edge Malaysia-PEPS Value Creation Excellence Award for Phase 2D3 of The Greens precinct. The township had won the award in 2012, 2014 and last year as well.

“When we launched the development in 2007, we started off with a very good brand and master plan, which, I believe, contributed to the success of the township and, in turn, Phase 2D3,” Horizon Hills general manager Jim Woon tells City & Country.

According to him, the construction of the township is ahead of schedule. “The development was initially planned for 25 years but we have shortened the duration based on the good response from the public.”

Completed in 2015, Phase 2D3 has a GDV of RM98.1 million and is fully sold. Some 60% of the buyers are local while the rest are expatriates of various nationalities from Singapore, Indonesia, New Zealand, South Korea, China, the UK and India.

Woon says Phase 2D3 is popular among those from the surrounding areas who prefer the community living and green environment offered by Horizon Hills. “The link houses are popular among upgraders and young couples.

“Prices at Horizon Hills are also at a slight premium, targeted at those who want to live in a branded address. In fact, the township was planned as a premium development when it was conceptualised.”

Some 55% of the total units in Phase 2D3 are occupied by the owners while 20% are tenanted. Rents, meanwhile, range from RM1,800 for unfurnished units to RM2,500 for furnished.

The monthly maintenance fee, which includes security charges, is RM176, says Woon. “Maintenance fee at Horizon Hills is based on the type of properties as they are individually titled unlike in stratified developments where it is on a per sq ft basis.”

He notes that the maintenance collection rate at Phase 2D3 is at a healthy 98%.

For Gamuda, the value of properties is very much dependent on post-vacant possession and the overall maintenance of the township. “I think selling is easy but it is the after-sales service that Gamuda is emphasising.

“We have set up a property service department to look after the maintenance of the township, such as road cleaning, pest control and tree planting, as part of our efforts to enhance the township,” says Woon.

While the upkeep of some of the earlier precincts has been surrendered to the local council, the developer continues to look after the common areas in the township. “It also helps that we have a close rapport with the local authorities,” Woon points out.

“We have spent substantially on putting in bicycle parking stations and zebra crossings, and connecting the jogging and cycling tracts between the precincts, so residents can now cycle through the entire township.”

Unit layouts are also functionally designed to meet the needs of the Johor market. “The locals prefer full usage of the space within the home, so in terms of layout, we have tried to make it as square as possible.”

Homes in Phase 2D3 are also secured by three levels of security, starting from the entrance guardhouse to CCTV monitoring and security patrolling. For added safety, the houses come installed with panic buttons in the kitchen and master bedroom. “This is for emergency purposes. For example, when a resident, particularly an elderly person, suffers a fall, the maid can contact the guardhouse using the panic button,” Woon explains.

The Greens precinct is also designed with the Crime Prevention Through Environmental Design approach that ensures sufficient street and back-lane lighting, clear boundaries between public and private areas, a natural buffer between pedestrian pathways and driveways to segregate persons on foot and moving vehicles, as well as cul-de-sacs and well-coordinated streetscapes to reduce crime.

On the whole, Horizon Hills’ master plan was based on the development principles that Gamuda incorporates in all its townships with accessibility and connectivity, sustainable designs, lifestyle facilities and amenities, and safety and security in mind.

“We emphasise three core values, starting with listening to the land and building communities to driving innovation, which we will continue to apply to future developments,” says Woon.

In terms of sustainable design, only about 30% of Horizon Hills’ natural topography was reshaped, so homes are built on naturally undulating terrain, according them views of the golf course. “We have tried to maintain and preserve the natural fauna and waterways,” Woon says.

Close to 45% of the township has been preserved as green lungs and water features, some 150 acres of which are gardens and parks. Residents also get to enjoy a 30km cycling path.

In terms of access, the township will have five entrances, two of which are open, and is conveniently linked to the Coastal Highway, Malaysia-Singapore Second Link, Perling Expressway, Pasir Gudang Highway, Skudai Highway and North-South Expressway.

Horizon Hills is still sought after despite the current challenging market environment. “Supply is high and competition is intense in Johor but Gamuda is doing all right. People don’t mind paying a premium for a property in Horizon Hills,” says Woon.

“We believe the right products with sustainable value and strategic location, such as in Iskandar Puteri, with good facilities and amenities will attract purchasers.”

Woon is optimistic that the state’s efforts to attract global investments will serve the property market well. “Demand for the right residential development will continue to be strong. The resident profile of Horizon Hills reflects this sentiment as we see a growing international community.”

He notes that most of the foreign buyers are working in Johor or Singapore as banks have tightened their lending regulation and require them to have a working permit.

“Meanwhile, we have seen a lot of local buyers in the last two years, mostly entry-level from older residential precincts in Johor, who are interested in our linked houses as well as better security and environment.”

Woon adds that Gamuda is on the lookout for land in the state. “We want to expand our presence in Johor as Horizon Hills has been well received.”