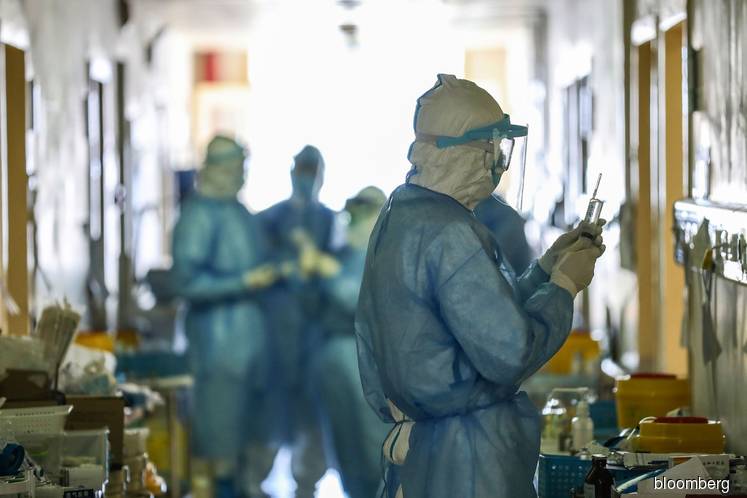 (Feb 18): Doctors studying a 50-year-old man who died in China last month from the new coronavirus found that the disease caused lung damage reminiscent of two prior coronavirus-related outbreaks, SARS and MERS.

The patient died on Jan. 27 after a two-week illness that left him increasingly breathless. His heart stopped following damage to his alveoli, tiny grape-like sacs in the lungs that help bring oxygen into the blood and expel carbon dioxide. Blood tests showed an over-activation of a type of infection-fighting cell that accounted for part of the severe immune injury he sustained, doctors at the Fifth Medical Center of PLA General Hospital in Beijing said in a study released Sunday.

The new coronavirus, 2019-nCoV, has infected more than 70,000 people and killed over 1,700 -- far larger than the coronavirus outbreaks over the last two decades that caused SARS, or severe acute respiratory syndrome, and MERS, or Middle East Respiratory Syndrome. Health authorities have named the disease caused by the new virus Covid-2019.

The case study of the Chinese patient, published in the Lancet medical journal, provides new insight into how the virus hurts patients. Such analysis has been made difficult because of “barely accessible autopsy or biopsy” data, the authors said. Chinese authorities have locked down the province of Hubei, where the outbreak has been centered, and limited access by non-Chinese experts to the front lines.

The authors said the case study might be useful to other physicians treating patients with the new illness. There are no drugs with strong evidence showing they can fight the virus.

The man received a barrage of medicines as doctors in China tried to save him. That included the anti-infection treatment interferon alfa-2b, the AIDS medicines lopinavir and ritonavir, and the antibiotic moxifloxacin to prevent a secondary bacterial infection. He also received the steroid methylprednisolone to treat inflamed lungs and “serious shortness of breath” and lack of oxygen in his blood.

Although his fever eased after the drug regimen began, his breathing worsened and his blood-oxygen levels plummeted in his final day of life.

“He was immediately given invasive ventilation, chest compression, and adrenaline injection,” according to his doctors. “Unfortunately, the rescue was not successful, and he died at 18:31 Beijing time.”

Although corticosteroid treatment isn’t routinely recommended for pneumonia related to Covid-19, the doctors’ pathological findings of pulmonary edema and injury suggest that “timely and appropriate use of corticosteroids together with ventilator support should be considered” for severe patients, to prevent the development of a potentially fatal complication known as acute respiratory distress syndrome.