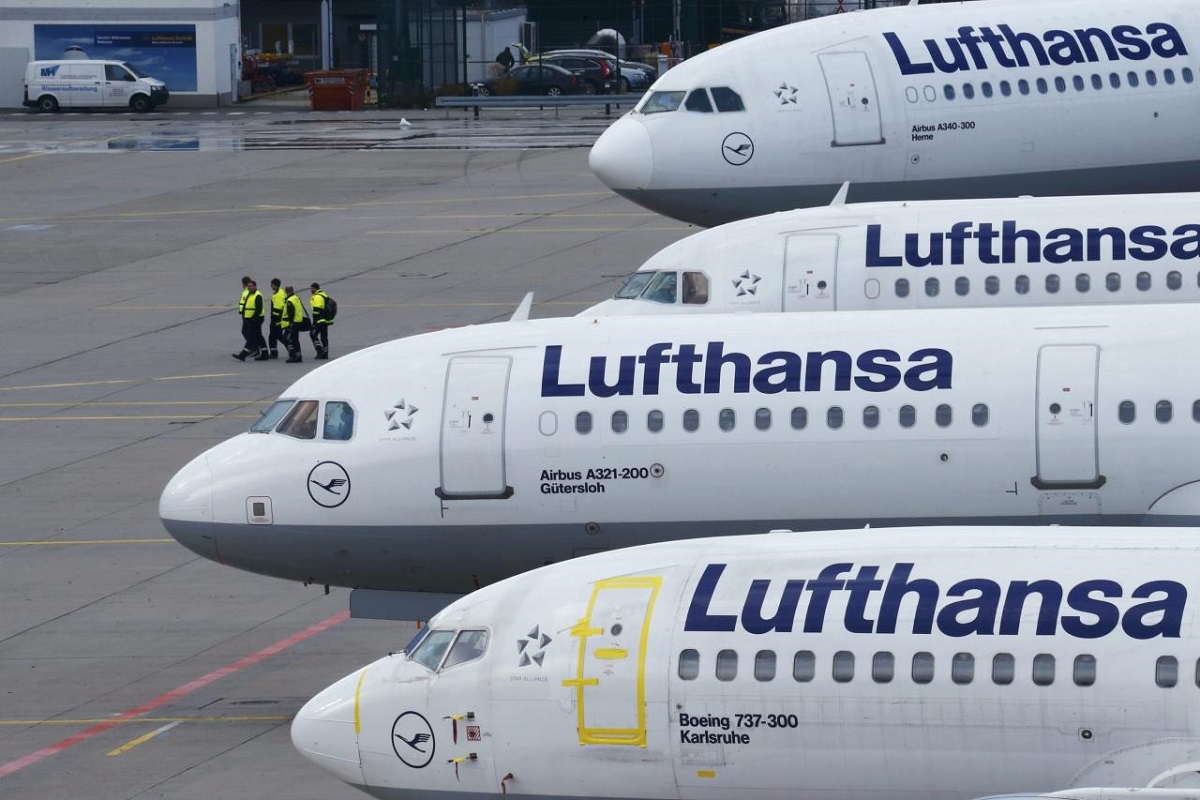 Deutsche Lufthansa AG asked shareholders for permission to raise 5.5 billion euros (US$6.6. billion) in fresh capital, calling it a necessary step to repair the stricken carrier’s balance sheet after the coronavirus pandemic punctured a decades-long boom in air travel.

(May 4): Deutsche Lufthansa AG asked shareholders for permission to raise 5.5 billion euros (US$6.6. billion) in fresh capital, calling it a necessary step to repair the stricken carrier’s balance sheet after the coronavirus pandemic punctured a decades-long boom in air travel.

At the airline’s annual meeting on Tuesday, Chief Executive Officer Carsten Spohr implored investors to back the motion, which would authorize the issuance of 2.15 billion new shares at the nominal price of 2.56 euros each, about one-fourth Lufthansa’s current stock price. The company said last week it wouldn’t use the full amount available, and instead aim for the “smallest possible” raise.

“The resolution is intended to enable us to increase our capital flexibly so that we can strengthen our balance sheet ratios again and return to our former financial stability,” Spohr in a speech to shareholders.

The move would give Europe’s largest airline enough cash to replace Germany’s so-called silent participation, a major part of Lufthansa’s 9 billion-euro government bailout. The interest rates on the instrument — a debt-equity hybrid that doesn’t dilute shareholder voting rights — are set to rise over coming years.

A simple majority is required for the motion to pass. The airline said it hasn’t decided when to undertake the capital raise, but could do so this year if market conditions allow.

Last week, Lufthansa became the latest carrier to lower its expectations for summer travel, saying a significant market recovery won’t come until the second half as inoculation programs progress. It estimates full-year capacity at around 40% of pre-crisis levels.

The company said Monday that it restructured aircraft delivery schedules with Airbus SE and Boeing Co, while agreeing to purchase 10 additional wide-body jets.

The fund-raising proposal is expected to pass with support from the German government, Lufthansa’s largest shareholder. Advisory firms have also urged shareholders to vote in favour.

Paying back the 5.5 billion-euro silent participation would leave Lufthansa owing a total of 2 billion euros to the governments of Switzerland, Belgium and Austria, where it also operates flag-carrier airlines. The company has already repaid 1 billion euros of the amount loaned by Germany’s state development bank, KfW.