Lucid Motors agrees to go public with US$24 billion valuation 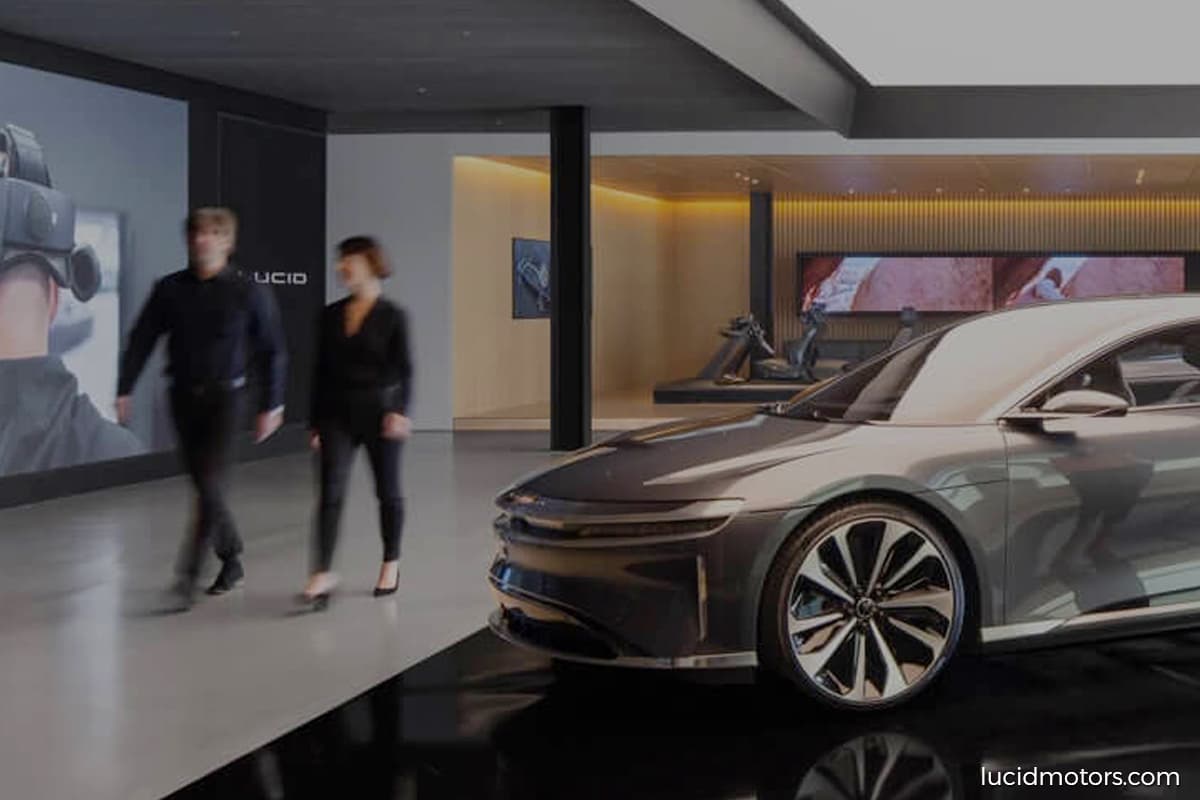 (Feb 23):Lucid Motors Inc. is merging with a blank-check company run by financier Michael Klein that values the combined entity at a pro-forma equity value of US$24 billion, the biggest in a series of deals involving electric-vehicle startups cashing in on investor appetite for battery-powered cars.

The carmaker has shied away from comparisons to market leader Tesla Inc., but the public listing positions it to compete for a slice of what’s expected to become a rapidly growing market for EVs. The deal, which confirms an earlier Bloomberg News report, will generate about US$4.4 billion in cash for the 14-year-old company, which plans to use the newly acquired funds to bring vehicles to market and expand its factory in Arizona.

Lucid is the latest beneficiary from a wave of investment targeting EV startups and next-generation automotive technology suppliers, sparked in part by a rally in Tesla shares over the past year as Wall Street seeks to match up investors with once-private ventures.

The reverse-merger represents the largest injection of capital into Lucid since Saudi Arabia’s Public Investment Fund invested more than US$1 billion in 2018. The agreement included a US$2.5 billion private placement in public equity, or PIPE, the largest of its kind on record for a deal with a special-purpose acquisition company. It was led by existing investor PIF as well as BlackRock, Fidelity Management, Franklin Templeton, Neuberger Berman, Wellington Management and Winslow Capital, according to a joint statement from Lucid and Churchill Capital Corp IV, the acquisition company.

The placement sold at US$15 a share — or a 50% premium to Churchill’s net asset value — which translates into about US$24 billion in pro-forma equity value, the companies said. The combined company has a transaction equity value of US$11.8 billion.

Shares of Churchill fell as much as 34% in after-hours trading after closing at US$57.37.

“I see the SPAC as just a tool, another lever to pull on, where we can accelerate our trajectory,” Lucid Chief Executive Officer Peter Rawlinson said in an interview. “This is a technology race. Tesla gets this. It’s why they are so valuable and Lucid also has the technology.”

The SPAC is the largest run by Klein, a former Citigroup Inc. investment banker who has played a prominent role in guiding the Kingdom of Saudi Arabia’s investments, serving as an adviser to the PIF. Among other deals, he advised on the Saudi Aramco initial public offering.

The Lucid transaction is expected to close in the second quarter.

Lucid will now start production of its debut EV, a luxury sedan called the Air, in the second half of this year. The company had previously said deliveries of the US$169,000 car would start in the second quarter. But the company has decided to not commit to a start date as a result of the talks with Churchill Capital, Rawlinson said. The company later plans to produce more affordable versions of the Air, as well as a battery-electric SUV.

The Casa Grande factory currently has installed production capacity for 34,000 units annually, based on three work shifts, Rawlinson said. Lucid hopes to ramp that up to capacity for 85,000 units per year as soon as 2023, after additional investments are made in the plant.

Lucid forecasts deliveries of 20,000 vehicles in 2022 generating sales of US$2.2 billion. It sees revenue rising to US$5.5 billion and US$9.9 billion in 2023 and 2024 respectively, according to a presentation made to investors posted to the company’s website. The company foresees positive earnings before interest, taxes, depreciation and amortization of US$592 million in 2024.

Beyond its manufacturing capacity, the company expects to invest heavily in new products and will grow headcount to 5,000 over the next year, Rawlinson said.

Lucid’s debut vehicle will be the closest car yet to challenge Tesla in the still niche market for premium EV sedans. The Air model has a range of 517 miles on a single charge, based on Environmental Protection Agency estimates. It can reach zero-to-60 miles per hour in 2.5 seconds and has access to Electrify America’s network of DC fast chargers. That compares with the Model S Plaid +, which has a maximum range of around 520 miles, a zero-to-60 launch of less than 2 seconds and access to Tesla’s nationwide network of fast chargers.

The market capitalization of Lucid is just a fraction of Tesla’s almost $690 billion valuation, but not bad for a luxury electric-vehicle maker that has yet to build its first car. Rawlinson has stated repeatedly that Lucid is not a direct competitor to Tesla because his company’s price point is beyond the mass market buyers Elon Musk aspires to reach.

But there are signs of a budding rivalry.

The Newark, California-based company — the headquarters of which are just 16 miles from Tesla’s in Palo Alto — says its first EV will go the distance against the longest-range Model S sedan. Lucid’s new factory arose out of the Arizona desert as fast as Tesla’s latest quick-build plant in China. And growing interest in the startup and its CEO has drawn the ire of none other than Musk.

Rawlinson and Musk have a complicated history. The Lucid CEO was chief engineer on Tesla’s flagship Model S, but Musk has downplayed his role in its development and also accused him in a tweet of leaving the company “in the lurch just as things got tough” in 2012.

Longer-term, Lucid is also working on energy storage solutions similar to Tesla’s Powerwall. The company wants to use the same battery technology in its cars to develop batteries to power homes and utility-scale devices and already has working prototypes, Rawlinson said.