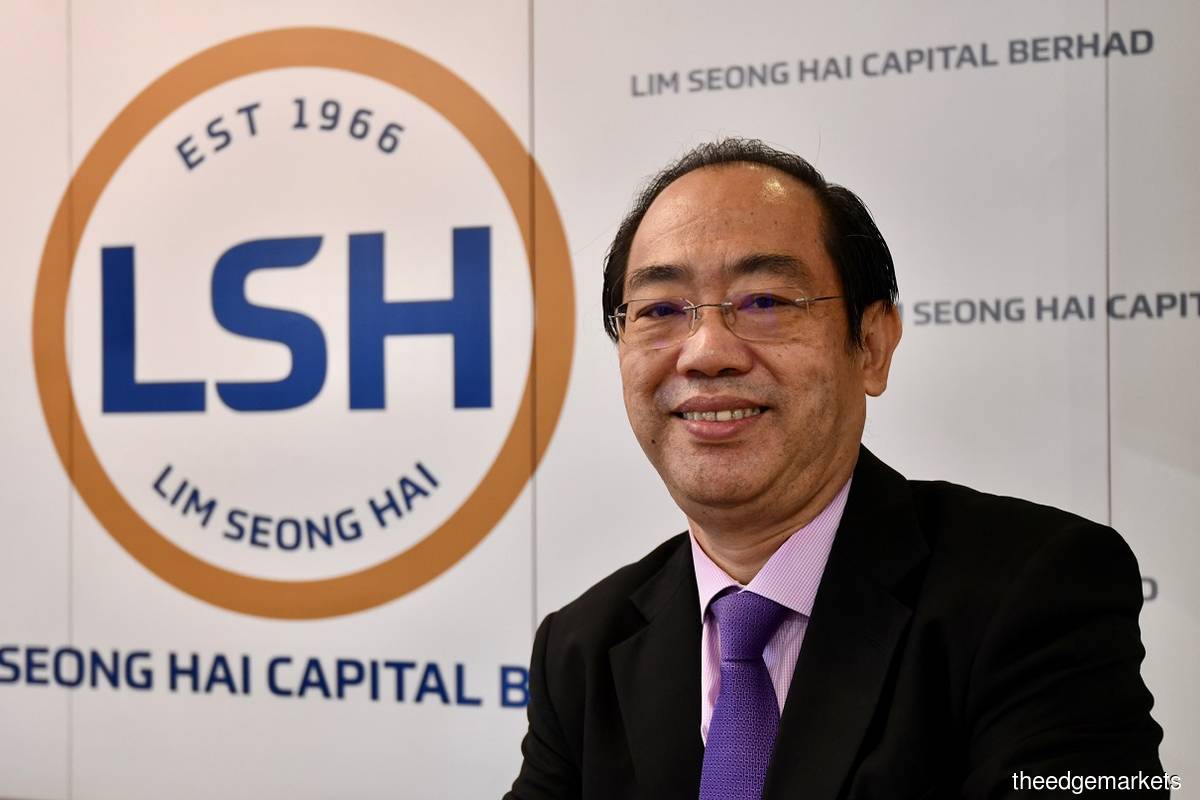 KUALA LUMPUR (March 28): LEAP Market-listed Lim Seong Hai Capital Bhd (LSH Capital) has announced a series of corporate proposals that will pave the way for its proposed expansion into the property and construction segments.

In a bourse filing, LSH Capital said it will have an enlarged secured construction orderbook amounting to RM1.1 billion in aggregate, with an overall outstanding orderbook of RM782 million, upon completion of the deals.

In addition, it will also carry out a property development project with a gross development value (GDV) of RM1.59 billion which is expected to provide earnings visibility until 2026.

The transactions will be fully satisfied via the issuance of new LSH Capital shares at 45 sen apiece, which presents a premium of 7.14% to 9.20% over the closing market price on March 25 and volume-weighted average price of six months.

LSH Capital noted the proposed transaction with LSH Ventures involves the acquisition of four parcels of lands and buildings on-site in locations across Kuala Lumpur, Kajang and Johor Baru for a consideration of RM8.14 million.

Upon completion, LSH Capital will own 99% in LSH Ventures and will have 93.75% effective interest in Astana Setia & Euro Saga Sdn Bhd, an entity which will launch the upcoming flagship project “Lake Side Homes” on an 11.85-acre land in Sungai Besi with an estimated GDV of RM1.19 billion.

“In addition, LSH Capital is also involved in construction and property development projects amounting to RM2.7 billion via the BEST Framework collaboration.

Lim added that LSH Capital will also seek shareholder approval to expand its core businesses to include property and construction-related business as these new integrated upstream businesses are expected to contribute more than 25% of the group’s net profit moving forward.

“Since its LEAP Market listing in July 2021, LSH Capital has ramped up its growth efforts, while rewarding shareholders with strong earnings performance in the latest financial year ended Sept 30, 2021 (FY21) and dividends of RM2.34 million, to meet the 30% benchmark set by the group.

“The latest exercise puts the group on the right track towards strengthening its presence in the local construction and property development sectors and to become a billion-ringgit company in the long run,” he said.

Lim explained that LSH Capital’s expansion of its property development venture also allows it to better synergise the operations currently undertaken by Lim Seong Hai Lighting Sdn Bhd and Knight Auto Sdn Bhd, subsidiaries of LSH Capital, with a continuous emphasis on the BEST Framework, which was introduced in 2021 to improve its project execution and business proposition.

This, he said, will further expand the construction business together with the inclusion of property development and property investment, and will allow the group to achieve significant involvement in the supply chains in the construction industry.

Trading in LSH Capital shares was earlier halted from 9am to 5pm for the day, pending the release of the material announcement.