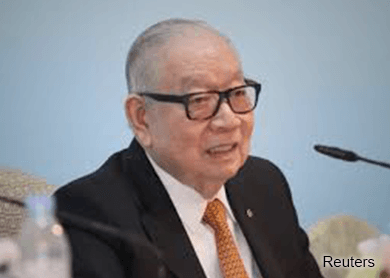 KUALA LUMPUR (Jan 28): LPI Capital Bhd’s fourth quarter (4QFY14) net profit soared 123% from a year ago to RM117.1 million or 53 sen a share, boosted by the realisation of investment gains in equities.

4QFY14 revenue rose 1.5% to RM299.2 million, in line with the marginal growth in its core general insurance business, which recorded a revenue growth of 1.4% to RM298.5 million.

LPI said the higher FY14 profit was largely contributed by its investment holding segment, which recorded a higher pre-tax profit of RM85.5 million, mainly due to the realised gain on disposal of investment in quoted equities.

In a filing with Bursa Malaysia, LPI (fundamental: 1.7; valuation: 0.35) had declared a second interim single tier dividend of 55 sen per share for the financial year ended Dec 31, 2014. This translates to a full year distribution of 75 sen per share.

On prospects ahead, LPI founder and chairman Tan Sri Teh Hong Piow said the firm would “sail through these challenging times” with its robust business plan, in light of the volatile global economy.

He expects the group to achieve another “satisfactory” performance for the coming financial year.

Separately, LPI announced a proposed bonus issue on a one-for-two basis, which would involve the issuance of some 110.66 million new ordinary shares in LPI.

The proposed corporate exercise aimed at rewarding its shareholder for their “loyalty” and “continuous support”, said LPI.

It was also aimed at increasing LPI’s capital base to reflect its current scale of operations and assets, the firm added.