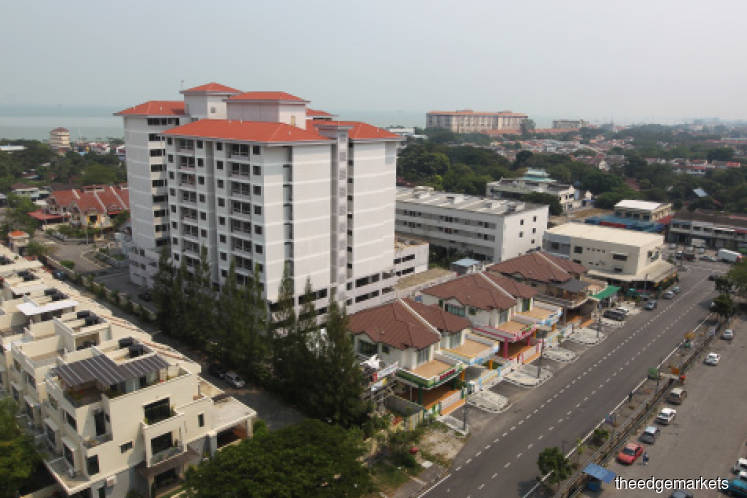 A balancing act is what governments must do when they attempt to strike a balance between the social and economic impact that the foreign ownership of properties will have on their respective countries.

Closer to home, even though Putrajaya lowered the foreign ownership price threshold in Budget 2020 to RM600,000 from RM1 million effective this year, state governments have jurisdiction over property and they have their own price caps in this matter.

For instance, Selangor has retained its RM2 million minimum threshold for foreign buyers — now the highest among the states — following a move by Penang last Thursday to tweak its price floor.

Penang has reduced its price threshold for foreigners by up to 40% in a bid to clear RM2.6 billion worth of overhang units in the state.

The revised pricing, which includes reducing the ceiling price of landed properties to RM1.8 million from RM3 million, is valid for one year starting from June 11. Sunway Bhd managing director of property division Sarena Cheah believes that respective state governments “are aware of this issue and are reviewing the thresholds”.

“Given the still-large overhang of properties across the country, a further relaxation of the thresholds would not result in foreigners competing with locals for property purchases. Instead, the property sector needs more foreign investors and buyers to help reduce the overhang and reinvigorate the sector. Furthermore, when foreigners purchase properties in Malaysia, it would certainly spur them to spend more in the country as they come to stay and visit,” she adds.

The issue of foreign ownership of property is often a very emotive one, observes Datuk Chang Khim Wah, president and CEO of Eco World Development Group Bhd, who believes there is room for policies to be put in place to ensure that locals are not crowded out. While this was the rationale behind the imposition of the thresholds, Chang says the existing limits are likely too high in the current climate.

“To a certain extent, this has contributed towards the property overhang statistics, which remain intractably high to this day. Clearly, the billions stuck in such properties can never be resolved through local investment alone. Lowering the threshold and making the unsold units available for purchase by foreigners can help clear the overhang and free up a substantial amount of cash to be redeployed for productive use by the country in this time of need,” he says, describing the current levels of foreign property ownership in Malaysia as “very low”, at less than 5% in total.

“As a nation that actively seeks to attract quality FDIs (foreign direct investments) and foreign nationals of good standing to make Malaysia their second home, a proactive and investor-friendly real estate investment policy can be a big plus for us to positively differentiate ourselves from regional competitors,” Chang says.

“Further, we need to appreciate that, apart from bringing in much-needed funds to the country, foreign property investments can contribute substantially to domestic consumption, increase job creation in the case of those investing for business purposes as well as enhance cultural ties and improve educational exchanges and technology transfer.”

The foreign threshold aside, property players and consultants are positive about the slew of measures announced recently to spur the ailing sector.

He foresees similar success for HOC 2. “Given the current low bank interest rate, it is also a good time to purchase properties for both first-time house buyers as well as investors. Property has always been looked at as a good hedge against inflation, especially those in the right location and with a transit-oriented development concept,” he says.

Investors are also likely to be more incentivised to invest, as loan margin financing for the purchase of a third property has been raised to 90% from 70% previously.

Ong believes that properties in the “right location and correct pricing will still do well despite the slower economic growth”.

He says OSK has been focused on launching properties that meet the above criteria as well as “and managing our construction cost for new projects”.

The exemption is applicable for sales and purchase agreements (SPAs) inked between June 1, 2020 and May 31, 2021, provided developers offer a 10% discount on the properties.

There is already a discernible buzz on the ground following the June 5 announcement of property initiatives under the National Economic Recovery Plan (Penjana).

Chang says EcoWorld noticed “a marked pickup in interest” on the weekend immediately after the measures were announced.

“Together with the present low interest rates and very competitive pricing offered by all developers, there is certainly no better time for Malaysians to purchase a home, upgrade to a better home or invest in properties as a hedge against future inflation,” he says.

Sunway’s Cheah believes there may be a significant dampening of sentiment for property purchases post-Movement Control Order (MCO) and that the recently announced initiatives are timely to help developers support home ownership.

Foo Gee Jen, group managing director of CBRE|WTW, says the measures announced by the government over a week ago was “timely and necessary to keep the property market rolling during this economic downtime”. The initiatives suggest that the government is keen to incentivise both home ownership and investment, he says.

“The HOC could have significantly expanded market catchment by extending the campaign to the secondary market, which accounts for about 65% of residential transactions. The subsale is presumably undertaken by genuine homebuyers.”

On the other hand, Foo says the real property gains tax (RPGT) exemption would reduce some of the financial costs in an asset disposal, and act as a boon to sellers under strain.

Under the RPGT exemption, Malaysians can dispose of up to three properties between June 1, 2020 and Dec 31, 2021, and not fall under the tax.

Even so, Foo anticipates the overall residential market to remain soft in the short to medium term, with only the “financially sound” more likely to commit.

He believes the market’s response to the stimulus package hinges on the “preservation of the macro climate”, namely employment and income.

“These are the conditions that would then set the tone for domestic demand and consumption confidence for the rest of 2020 and 2021,” he states.